The SWA aims to sustain Scotch Whisky’s position as the leading high-quality spirit drink and to drive its long-term growth worldwide in an increasingly competitive environment.

The appointment of Mr Pringuet shows the “auld alliance” between Scotland and France remains strong and reflects the international nature of Scotch Whisky.

Mr Pringuet will work closely with SWA chief executive David Frost and the rest of the Association council to guide the Scotch Whisky industry to further success. The Association’s priorities will be to secure a competitive business environment, the industry’s social responsibility agenda, fair access to export markets, and the legal protection of Scotch Whisky world-wide.

With a UK Budget only three months away, there will also be an immediate focus on the high taxation of Scotch Whisky, where nearly 80% of the average price of a bottle goes straight to the UK government.

Mr Pringuet joined Pernod Ricard in 1987 as development director. In 2000 he became a joint CEO of the company. He was appointed sole CEO in 2008 and vice chairman of the board of directors in 2012.

Mr Curle said he is confident that Mr Pringuet will continue the good work of the Association, adding: “I have enjoyed my three years as chairman of such a well-respected organisation which does an excellent job in representing the interests of the Scotch Whisky industry globally.”

Pierre Pringuet, new SWA chairman, said: “I feel privileged to take over as chairman of the SWA and I’m committed to ensuring Scotch Whisky retains its position as an iconic product around the world. With its great brands and committed people, as well as the support of governments at home and abroad, the Scotch Whisky industry will go from strength to strength.”

The SWA also announced that Julie Hesketh-Laird has been appointed as its new deputy chief executive. Ms Hesketh-Laird joined the SWA in 2005 as director of operational & technical affairs and she will continue in this role alongside her new position.

Finally, the Association also announced it intends to sell its Atholl Crescent office and move to modern premises in Edinburgh during 2015, and to open a small permanent office in London to strengthen its impact there.

David Frost, SWA chief executive, said: “I’m delighted to welcome Pierre Pringuet as chairman and to announce other changes at the Association which further strengthen our ability to represent the industry effectively.

“This is an exciting time for the SWA and the entire Scotch Whisky industry. The industry supports around 40,000 jobs across the UK and exports about £4 billion annually, but its success cannot be taken for granted. Economic headwinds and challenges, both domestically and in overseas markets, mean the work of the Association on behalf of the industry is of vital importance.” 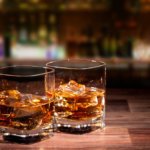