Risk appetite among the chief financial officers (CFOs) of the UK’s largest companies has reached a seven year high, according to the Deloitte CFO Survey for Q3 2014.

Deloitte’s survey, which gauged the views of 118 CFOs of FTSE 350 and other large private UK companies, suggests that risk appetite is being supported by a rebound in the US economy, UK growth and easy access to finance.
72% of CFOs say now is a good time to take risk onto their balance sheets, up from 65% in Q2 2014 and three times the level (23%) seen in Q3 2012.

However, CFOs’ perceptions of economic and financial uncertainty rose in the third quarter for the first time in two years. 56% said the level of financial and economic uncertainty facing their business was above normal, high or very high, up from 49% in Q2 2014. Scotland’s independence referendum seems to have been a dominant factor. Perceptions of risk amongst CFOs completing the survey before the result were twice as high as for those who responded after.

CFOs have become significantly more positive about official policy in the UK which is seen as increasingly conducive to the long term success of businesses. 97% said that the Bank of England’s monetary policy was appropriate, up from 91% in Q4 2012. 94% approved of the government’s labour market policies, up from 88% in Q4 2012. Tax policy was endorsed by 90% of CFOs, up from 75% in Q4 2012 while public spending plans were backed by 89%, up from 58% two years ago. 73% saw the government’s immigration policy as being appropriate, a rise from 60% in Q4 2012.

However, policy remains a prominent concern for business, more so than economic worries. CFOs ranked the 2015 general election and a future UK referendum on EU membership ahead of deflation, weakness in the Euro area and higher interest rates as risks to their businesses.

Credit conditions continued to improve. A net 83% of CFOs said that credit is easily available and a net 82% said that credit was cheap, the highest levels recorded in the past seven years. CFOs remain confident about growth with a net 90% expecting revenues to increase in the next 12 months.

Ian Stewart, chief economist at Deloitte, said: “With a resurgent US economy, good growth in the UK and plentiful liquidity, CFOs have shrugged off the effects of rising uncertainty and weakness in Europe, sending corporate risk appetite to a seven year high. Expectations for corporate revenues and margins remain close to the four year high seen in Q2.

“Large corporates face few obstacles to raising finance, credit is cheaper, and more available, than at any time in the last seven years. In reversal of the situation during the credit crunch, CFOs say that financing conditions are one of the key factors enabling companies to raise investment spending.

“CFOs have become more positive about official policy – from government, regulators and the Bank of England. Confidence has risen in eleven separate areas of policy, and most markedly on public spending, tax policy, immigration and financial regulation.

“But it’s not all plain sailing for the corporate sector, perceptions of economic and financial uncertainty rose for the first time in two years. Weakness in the euro area economy, events in the Middle East and Ukraine and, particularly, the Scottish referendum have created new uncertainties. Political risk has eclipsed worries about the economy as concerns for CFOs.” 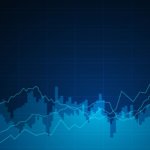