The G20’s plan to tackle corporate tax dodging, devised by the Organisation for Economic Co-operation and Development (OECD), needs a radical shake up so that developing countries can capture their fair share of foreign business activity, says Oxfam.

The report, Business Among Friends, says that today’s international tax rules allow multinational companies to ‘disappear’ their profits including to other countries in order to pay low or no tax. Oxfam warns that many of the world’s poorest economies that are being worst hit are being left out of the OECD’s negotiations to tackle this scandal.

According to new figures from a forthcoming study by tax expert Alex Cobham and economist Petr Janský, if multinationals were taxed in countries where real economic activity takes place, then corporate tax revenues in some developing countries could increase by more than 100%.

Oxfam International Executive Director Winnie Byanyima said: “Corporations are rigging the rules and taking advantage of poor countries, fuelling a vicious cycle of inequality. Developing countries are being locked out of negotiations, creating a risk that any revisions to the rules will only serve the interests of the wealthiest and most powerful.”

Cobham and Janský’s figures, which look at misalignment between US multinational activity and profits, reveal that under more progressive corporate taxation rules the Philippines would see a 75% increase in their multinational corporate tax base, Ecuador a 99% increase, South Africa a 106% increase and India’s tax base would go up by over 180%. Honduras would see their tax base boosted by a massive 400%.

For poorer countries it is impossible to calculate the potential levels of tax income increases, which shows how poor the systems are for data collection and how high the levels of tax secrecy. But it is likely they would also stand to gain by significant margins.

Governments are being pitted in competition against each other to attract foreign investment. This is resulting in many countries being pressured to offer businesses sweet deals, such as tax exemptions or low tax rates. This can leave countries facing huge tax gaps, when they need this money to improve basic services such as healthcare and education. It’s estimated that the “tax gap”—the amount of unpaid tax due by multinationals to developing countries—is about $104 billion a year.

Oxfam believes that non G20 countries must be able to participate in any negotiations to reform the international corporate tax system and lack of capacity cannot be used as an excuse not to include them. Rich countries, like the UK, must support poorer nations to give them the knowledge and capacity to collect the taxes they are owed and governments need to talk seriously about creating a World Tax Authority to ensure fair and equitable tax systems that deliver for the public interests of every country.

Winnie Byanyima said: “If done properly, the OECD Action Plan presents a unique opportunity to overhaul international corporate tax rules to the benefit of all economies. This opportunity is too rare and important to be squandered.” 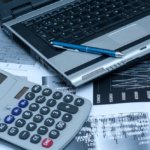