The most recent figures published by Revenue Scotland show that, for residential and non-residential property transactions between 1 April and 31 December 2015, more than £315 million of LBTT was collected.

This means that LBTT revenues remain firmly on track and overall devolved tax revenues are in line with the Scottish Government’s forecast for 2015-16.

Over the same period, more than 40,000 Scottish home buyers have paid less tax than they would have under UK Stamp Duty, while 93 per cent of those who purchased a house for £40,000 or more paid less tax or no tax at all on their house purchase.

“Revenue Scotland is the first agency collecting solely Scottish taxes in more than 300 years and they have now passed a pivotal milestone.

“Our objective has always been to make sure that first-time buyers have the greatest possible chance to enter the housing market.

“LBTT was one of the first Scottish taxes collected in 300 years, and these figures show that more than 40,000 home buyers have benefitted since it was introduced.

“This means that 93 per cent of home buyers have paid less tax than they would have done under UK Stamp Duty Land Tax, or paid no tax at all.

“I also welcome the recent Bank of Scotland Homemover Review which confirms that the introduction of the Scottish Government’s new land and buildings transaction tax (LBTT) has helped to increase the number of house moves by three per cent last year to reach their highest level since 2008.

“Where we have the freedom to shape a taxation system that is fair and proportionate to the ability to pay, we have created one that is progressive and supports those who most need it.” 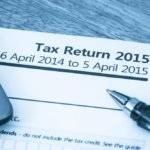