The CEO of one of the world’s largest independent financial advisory organisations expects a growing number of retirees to consider “higher risk-higher return investments” as a direct result of the Bank of England’s February statement that interest rates are likely to remain low until the end of the decade.

The comments from Nigel Green, founder and chief executive of deVere Group, follow Mark Carney’s assertion last month that rates will not rise from their historic lows for at least another year – and when they do rise, the increases are to be “gradual” and “limited”. The BoE governor also hinted that rates are expected to remain low – staying between 2 and 3 per cent – until around 2020.

Mr Green comments: “The rock bottom interest rates are eroding people’s savings, which is reducing their spending power and limiting their financial options.

“Therefore, the Bank’s raising of the prospect that interest rates are to stay low until the end of the decade is another hammer blow for retirees, and others living off a fixed income.

“Tired of their cash holdings making them, in effect, poorer over time, I fully expect more and more retirees will turn traditional investment thinking on its head. An increasing number will, I believe, consider higher risk-higher return investment opportunities as part of a well-diversified portfolio in order to be able to fund the retirement they want to enjoy.

He adds: “Traditionally, the mindset has been that as we get older we should reduce our exposure to risk and, for example, increase holdings of cash and bonds. However, in today’s world this prudent intention could have serious unintended consequences.

“Since Mr Carney’s unveiling of his forward guidance policy last summer, we have found there’s been a steady growth in the number of retired clients seeking to increase their holdings of higher risk-higher return investments, which could potentially enable them to maintain or enhance their spending power and lifestyles in retirement. This trend’s momentum is, I believe, likely to build following the BoE governor’s latest longer-term forecast on interest rates.” 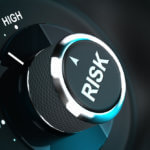