Online training specialist, Filtered.com has today revealed the results of a study it has conducted into the political awareness and knowledge of people in the UK. The research, which surveyed 700 British citizens across the UK at the end of March 2015, revealed that despite almost 60% of people feeling well informed about casting their vote:

The survey also revealed some interesting statistics about the rise in popularity of smaller parties. In contrast to the 2010 election where 91% of people voted for one of the big three parties (Conservatives, Labour or the Liberal Democrats), this year’s election shows a different picture. Mirroring similar data from the Electoral Calculus, these findings indicate many voters are still undecided, but of those who have already decided, the number of people set to vote for the traditional 3 parties has fallen to 71%. Looking at those who will vote for the first time this May, the figure is even lower with only 66% predicted to vote for the traditional big three – with 13% saying they will vote UKIP, 11% Green and 9% SNP.

Perhaps unsurprisingly given people’s dissatisfaction with the big three parties and their lack of political engagement in general, just 10% of people feel ‘very happy’ about the work of their local MP. There is a massive range in the importance of political issues with the economy (26%), cost of living (22.5%) and the NHS (15%) ranking top three and foreign affairs (1%), the environment (2%) and crime (2%) at the bottom.

As the election approaches, online learning specialist Filtered.com has launched a free online course to help improve political knowledge ahead of 7th May 2015. The course covers all the crucial areas of politics such as the electoral process, the 2010 election, the parties and their leaders, and key political issues from the economy to education, immigration and unemployment. The engine behind the course uses the company’s adaptive algorithm which removes any content the learner doesn’t need. The result is an individually tailored syllabus which accelerates learning and saves time.

Commenting on the findings of the survey, Marc Zao-Sanders, Managing Director and Co-Founder of Filtered.com explains: “With only weeks now to go until May 7th, it’s concerning that vast swathes of the British electorate have such large gaps in their political knowledge. There are many reasons for low engagement with politics and one of the most important but least discussed of these is education.”

“Learning about the political issues that most concern an individual needn’t be complicated or onerous.” Zao-Sanders continues. “As our survey shows, not all political issues are important to everyone. So our message to voters is simple: acquaint yourselves at least with the issues important to you, and especially now the manifestos are published.”

“It would also help if the political parties did more to describe and explain their policies more clearly and with less bias. Schools and universities should support the process by equipping young people with a grounding in politics, the ability to analyse policy critically and imbue more of a sense of citizenship. Providing relevant resources for teachers to teach or at least signpost is also essential. To see a dramatic change in voter knowledge and engagement, investment needs to be made in the core curriculum, resources and broadcasting required to truly engage people in political discussions as informed citizens.” 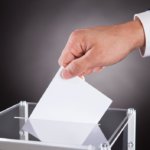