According to the Scottish Social Attitudes survey, 68% of Scots would prefer to see an agreement in place with the rest of the UK to keep using sterling. Fourteen percent opted for using a new currency.

The ScotCen Social Research survey also found that the appetite for independence had increased compared to last year’s findings.

A co-director for the survey, Research Consultant John Curtice, said:

“Support for independence has only increased because those who are convinced it would be beneficial for Scotland are more willing to put their cross in the Yes box.”

The report also found that there was more independence uncertainty amongst women living in Scotland.

According to the research, based on opinions captured between May and June of this year, 73% were unsure what it would bring. Sixty-three percent of men were likewise unsure.

The most devastating blow for the ‘Yes’ campaign however came over fears of an independent economy. Last year, 29% thought they would be worse of. This year suggests 39% of people have such worries.

In regards to the overall economy 44% thought an independent Scotland would be less wealthy, a ten point increase from last year.

The timing of the research means that opinions were taken ahead of the live television debate between Scotland’s First Minister Alex Salmond and the Better Together chief Alistair Darling.

However, they were taken after Chancellor George Osborne and other senior politicians ruled out a pound share agreement.

This year’s report also found that 74% of Scots are preparing to go to the polls on September 18. This is an increase of 13% from 2013’s results. The findings also reported:

The report also suggested that just 8% of people would support continued use of the pound without a union with the rest of the UK. Four percent said they were undecided. 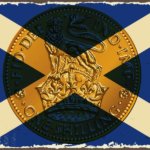