New research from one of the world’s leading software and technology services companies has highlighted how regulatory change is second only to market volatility as an executive issue for financial services firms.

According to a survey, carried out by SunGard, with many new regulations taking effect during the course of 2014, in some cases it is even considered the number one strategic risk.

Adapting to new regulations is also causing financial services firms to rethink their approach to compliance and restructure their organizations accordingly. Many, however, still do not feel ready for the changes taking effect
this year.

Key findings of the survey include:

Regulation is high on the executive agenda

• The pressure of dealing with change has expanded beyond compliance departments into the C-suite. One in two respondents warns that dealing with regulatory change has impacted shareholder returns and the ability to invest for the future.

• Almost half of respondents describe themselves as “highly stressed” by the current pressure of regulatory change, with little prospect of imminent improvement.

• The broad nature of regulatory change is driving a more cross-functional response within businesses. Best-in-class institutions are breaking through siloes, allowing for a more efficient response to the issue.

• Only one in two companies say they are highly ready for the regulatory changes that they must confront throughout 2014 and 2015.

• Financial services firms plan to continue investing heavily in technology, people and processes over the next two years to cope with regulatory change.

Firms are starting to move beyond checking the box

• While recognizing the benefits of a culture change to compliance, forty percent of respondents are finding it challenging to move beyond a checking the box approach.

• Despite concerns that the degree of regulatory change is overblown, most firms responded in the survey that they accept the need for change and are moving along with their responses to new regulations.

Jeffrey Wallis, managing partner and president of SunGard Consulting Services, said: “The definition of what regulators are becoming concerned about is broadening to include areas such as operational risk, adding extra strain to the financial services industry.

“Our survey demonstrates that executives at the highest levels are struggling to marry ensuring regulatory readiness with maintaining a focus on day-to-day operations. In our work with firms on regulatory compliance, we see the most success when a business takes a combined approach to the twin challenges of growth and compliance.”

Sang Lee, managing partner, Aite Group, added: “Regulatory reform is putting the financial services industry under intense pressure, and the situation will not change in the near future.

“This pressure is being felt all the way up to the C-suite and the board. Regulatory uncertainty has forced some companies to put off key investments in new industries and geographies at a time when they are increasing their investment in compliance across departments.

“Regulations may be putting a strain on the industry, but we are starting to see some companies use them as an opportunity to reorganize themselves along more efficient lines. These businesses will be the future leaders in
the industry.” 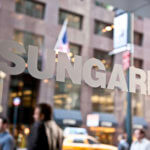