Statistics from the Office of National Statistics, released this February, have shown what many experts in the property sector had been discussing for some time. With prime central London districts in desperate need of further housing, investments into this area would seemingly be a ‘no-brainer’. A large influx of property developers should be praised however it seems that their market positioning hasn’t left them in as good stead as they would have previously hoped. It seems that many of the developers lost sight of their main audience for the projects and have left themselves in a precarious situation.in need of housing, but this housing has been developed at a price point far above the limit of those who in need of it. As planning applications frequently go to the highest bidder who has large-scale profits ahead of the need to provide ample housing. Potential doubt over the impact that a lack of impetus from foreign investors will have across the sector, has been the topic of much speculation. With findings published by Land Registry supporting the idea that foreign investors are “shying away from the capitals market”. The figures show a 55% decrease in the number of high-end new build homes sold in London’s most select areas. In fresh statistics (February 2018) paint a good picture of the UK market, where over the course of 2017 house prices rose by 13.7%, increasing the average UK House price to £258,580. The largest increases were found in Cambridge and the Orkney Islands at 15.7% and 18.2% respectively. These figures do not spread down into the South East where the housing market is traditionally most prosperous. Of the areas which demonstrated the sharpest decrease, three of the top five are in Greater London, of which two are historically the most affluent areas of London in The City and Kensington & Chelsea with respective decreases of 5.3% and 10.7%. The house prices in these areas have fallen due to the trend of high-end ‘ultra-luxury’ property remaining unsold for long periods of time has been. Analysis from Hometrack has shown Market analysis from Hometrack demonstrates how figures representing changes in asking price to agreed sale have increased as home-owners continue to take more off the value of their property to increase the likelihood of a completed sale. Over the past 4 years in central London this figure has “grown from 0.5% in 2014 to 4% today, with discounts of up to 10% registered in inner London.” This downturn in sales has affected all parts of high-end London housing as a report by Mayfair agents demonstrates. There is a recurring pattern of exclusive housing with no residents. This couldn’t be seen in a more exaggerated fashion than when looking at The Shard, this famous building remains in the headlines for its incredible architecture, however, the infamous apartments at the top of The Shard remain unsold almost 5 years after they were initially put on the market. This is at a considerable cost of over £50m. This isn’t a unique situation, as in London alone, almost 2,000 apartments valued over £750,000 remain unsold over a year since their initial entrance into the market. As Land Registry figures show that since the financial crash of 2008, property values have stuttered in their ability to regain the peak they hit prior to 2008. Over 10 years have passed since this peak and relatively poor performance can be seen when filtering the results by months with the highest rate of completed property sales, from 1995 onwards, there is only one single month post 2008 that features in the top 100. This trend isn’t exclusively a problem in the United Kingdom. Prime real estate markets across Europe and the United States have suffered a fall in demand leaving the most ostentatious of properties without residents, in what the Financial Times describes as “the five-year global boom…. .appears to be ending in a global glut” 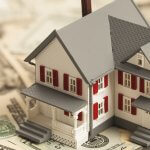