The firm’s Senior Management Team has extensive experience investing in high-yield investments throughout Europe and has advised and managed in excess of €10 billion of real estate, acquisition, capital markets and restructuring transactions throughout the world.

With offices in Switzerland, Luxembourg and the Czech Republic, and local partners in over 20 locations throughout Europe, they are strategically positioned to utilize their global financial experience and local market expertise to source off-market deals and actively manage the entire investment process to provide solid returns for our investors and strong economic assets for the communities.

Marc E. Cottino is the founder of M&A Property Investors, established in late 2009 in London and Zurich, and his job is focused on developing relationships with financial partners with the view of implementing Club Deals to co-finance the firm’s pipeline deals. M&A Property Investors activities, visions or investment strategies they evolve quickly according to economic changes, so it is important to not lose the cap and make turn errors from the past into success. “Quick reactions and “Deja-vue” situations can be a strong driver to consolidate experience toward new successes”

In 2016 he celebrates 18years of industry experience and throughout professional life he has discovered that the elements needed to realise a good investment must not be complicated or hazardous. On his firm’s portfolio, he said that “we team up with European Real Estate promoters from Portugal to Czech Republic, people different for cultures and languages, we do require few important facets, Professionalism, Transparency and Will to share ventures with us. Money and profits come later” he says in an in-depth interview.

Giving an insight into the work Cottino does behind the scenes, he outlines his main responsibilities and says that “at 62 I am the old stager with tremendous will and commitment as a teenager who rules the corporate strategy, who links relationships with investors, bankers, wealth managers, family offices or any other institutional investors partnering with
M&A.”

“I carry the responsibility of millions Euro invested in tangible assets thousands of kilometres away from each other, and I have passed unintentionally through the crisis’s peak without anguish or distress which I am proud of it. To avoid failure, I carefully listen to the market trends, including smiff off-market deals opportunities in niche markets to source unique investments for my partners.”

“I began my career in London at 24 in early 1977 as a junior commodities trader. Years later I moved to Paris evolving to a well-known financial firm who specialised in Capital Market Instruments, which really a great experience” enthuses Cottino when asked about his experience prior to his role in M&A Property Investors. “In 1990 an Anglo-French financial firm offered me to manage the Madrid branch, so I spent 4 years in that beautiful City. In 1995 I was asked to manage the Private Banking Division of a private bank in Switzerland, which was a really boring job for a guy like me” he adds.

“In spring 1998 a Real-Estate promoter asked me to loan-finance a luxury residential building in downtown Lugano. I was seated over multi-millions portfolios of Swiss francs, but the question was how to finance the promoter instead of selling bank instruments? Due my experience, I quickly set-up an investment vehicle and subscribed my clients, so in one-week I raised 7 Million Swiss francs and I financed the promoter. The development was a nice trophy project, indeed all magazines wrote positively about it, the investment was great, the asset was sold in short time and return was
excellent. At the end of the story I was fired by the bank because I was not on-line with the bank’s investment ‘policy” Cottino tells.

Continuing on the theme of his career, Cottino explains that he quickly set-up a structure in Luxembourg thanks to the investors who cashed excellent returns and supported him. He started his new venture in Real Estate by applying Private-Equity techniques. In 1999, he began doing investments in Baltics States, in Hungary in Italy and in Côte d Azur. He divorced from his partner in mid-2007 and took an extended period of sabbatical leave until 2010.

“Meanwhile, the world went bankrupt, the RE bubble deflated and prices dropped. When the economic recovery shyly restarted in 2010, the banks had no money to finance RE investments, promoters were in search of Equity Partners, but I was ready and rested not stressed. It was the perfect timing for a second round. Since end 2010 up to today I have launched 21 investments across Europe, estimated at 340 Million Euro and I’m expecting to reach 1 Billion global Investment at the end of 2016” Cottino continues.

How has the firm has changed?

Since Cottino has worked at M&A Property Investors, “the industrial world has changed after the great turmoil. Many factors have contributed to complicate our daily life” says. Developing this point, he goes on to say bureaucracy has
increased and “more heavy financial transactions are more complicated than ever, we may say we do live in a world of Compliance officers, legions of controllers, banks become policemen, there is less room for business or improvisation
as there was preciously. Jumping on a good deal is now harder, and this makes Cottino really worry for future generations.

When asked about M&A Property Investors’ financial performance and the reasons behind its success, Cottino says we have seeded in 2011 and had a harvest in 2015 in Prague, the result being a compounded return of 21.3% yearly on equity-investment. “We at M&A Property are fast growing because we were able to invest in the right place at the right moment, in some growing market niches as Prague where the market is growing consistently, in Portugal where the country is recovering, in Luxembourg a crumb in the heart of Europe growing at two digits and in Switzerland before the country collapsed. Once more, big appraisers edit excellent intelligence reports but ‘smaller’ has still a great role and in
M&A Property” Cottino reveals.

Challenges working across the European market

Concerning the challenges and opportunities M&A Property Investors face working across the European market, the response from Cottino is that it is less complex now as the firm mainly deal with a network of business lawyers established in all the main capitals. He goes on the say that their partners in Israel, Portugal, Russia and Germany share the same sentiments with his native country Luxembourg. “Is beautiful work all together among different cultures, in this old Europe with his values and contradictions. In M&A team we have 5 different nationalities including an American, probably the most integrated person everywhere” Cottino says which is frankly “a miracle”.

When asked about the ethos behind the firm and whether there is a certain culture that defines the company and how to do you ensure these values are maintained, Cottino responds by saying, “the question is profound and deserves attention, I have Jewish origins and culture. My ancestors have travelled centuries ago from Turkey to Thessaloniki, to Genoa via Istanbul or Alexandria to Rotterdam with perennial virtues on their heart, as well as modesty and respect for the world. With these values you can challenge the world for ever, that’s why I am impressed to teach to my team to transmit these values to our partners. The response is worth more than a greedy investment.”

While Cottino does not consider M&A Property Investors to be unique, he does underline that he probably runs one of the leading-hedge firms who specialise in alternative investments as real-estate, but he still has a lot to learn from his numerous competitors. Developing this remark, he says, “each one has its own skill, the market is wide and great for everybody. Every year new competitors come-out, others die, but we survive and our partners make the difference among the crowd.”

The last word must surely go to Cottino who outlines his future aspirations, “my team and I aspire to reach 1 Billion global “Capex” across Europe by the end of the year, which mean managing global investments for such a target by injecting one-third of equity. Beyond 2016 we will consider listing the company in the London AIM market.

“Work with serenity, bet on the mid-long term targets, share values, abandon greedy methods, create tangible economy, we have assisted in the II° half 2000 at the wildest ravage of the greedy way-of-management, the world economy went partially destroyed. We have a long way ahead to regain, so let’s change the approach. “ 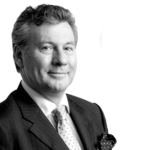