It was hoped that RBS would achieve up to $3.5b in the IPO having priced the shares in the $23 to $25 range. However, the British-based bank was forced to lower the price to $21.50 to relieve investor fears over Citizens’ abilities to hit financial targets.

The sale on Tuesday eventually raised around $3b in the 25% total stock sale which will rise to $3.46 should an overallotment option be exercised.

The bad news for RBS, majority-owned by the British taxpayer, comes on the back of other less than stellar IPOs in the financial services sector. However, there was hope that the sale would pick up on some of the feel-good nature left in the air from the record $25b Alibaba float.

Given until the end of 2016 to sell Citizens, (with a conditional 2-month extension dependant on market conditions), the SEO of RBS Ross McEwan said:

“Selling Citizens will significantly improve our capital position and help us to create a strong and secure bank that can continue to fully support the needs of its customers.”

With a number of other financial firms looking at an IPO, share placings or a sale in the future, the the Citizens Financial offering will continue to be closely monitored by analysts and forecasters. 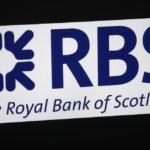