Rakuten, Inc. has announced the official launch of the Rakuten FinTech Fund, a new US$100 million global investment fund focused on investments in disruptive early to mid-stage fintech startups that offer attractive return potential with strategic relevance. The fund will target investments in startups and growth companies primarily in the U.S. and Europe and build on the success of previous fintech investments made by Rakuten, including Currency Cloud, WePay and Bitnet.

The Rakuten FinTech Fund is part of a natural evolution for Rakuten’s collection of fintech businesses: Rakuten Card, Rakuten Securities, Rakuten Bank, Rakuten Life Insurance, as these business units have grown in scale within Rakuten’s ecosystem, and become leading industry players. The ability to invest in fintech start-ups allows Rakuten to stay at the forefront of innovation, and the opportunity to empower fintech companies and positively impact Internet financial services globally. Rakuten Fintech Fund will support entrepreneurs through Rakuten’s expertise in financial services, including access to its fast growing divisions in on-line banking, credit cards, insurance, securities and asset management in Japan and internationally. The fund operations will be run with Managing Partner Oskar Mielczarek de la Miel acting as the fund advisor.

Hiroshi Mikitani, CEO of Rakuten commented, “Rakuten is committed to empowering great entrepreneurs around the world and Rakuten’s new FinTech Fund represents another milestone in our global expansion of the financial services business.”

Commenting on the emergence of fintech startups offering innovative solutions to old problems, Oskar Miel said, “If you just look at the last couple of years, companies like Currency Cloud, WePay or Bitnet are great examples of disruption changing the landscape in payments and providing innovative solutions that address fundamental needs of global customers. The Rakuten FinTech Fund is dedicated to helping these businesses accelerate disruption and innovation in historically more traditional and conservative markets.”

While the fund’s immediate focus will be on companies based in fintech centers such as London, San Francisco, New York and Berlin, Rakuten FinTech Fund plans to gradually expand operations around the globe. 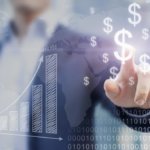