Productivity will not therefore grow significantly without greater levels of demand in the economy. We need government and firms to invest in growth to allow a fair recovery where substantial wage rises are shared by all, says the TUC.

The report shows how government spending cuts have led to lower economic growth. Weak growth in productivity since the crisis is therefore largely a reflection of how the labour market has responded to this.

When the government’s austerity programme was implemented, the economy absorbed the shock of austerity primarily through a decline in the real value of wages, rather than higher unemployment.

As a consequence of reduced wages, the employment rate was more resilient to austerity than was GDP, which has been subdued across the parliament. And as productivity is defined as GDP over employment, the result has been slower productivity growth.

If the government had made a priority of protecting and expanding demand from 2010 onwards, there would have been greater potential for employment growth, real wage growth and productivity growth.

The analysis in the report shows that if the next government invests in growth, productivity should improve with considerable benefits for the economy. But a new round of austerity and ongoing public sector pay restraint, as currently proposed by the Chancellor, should be expected to cause further weakness in productivity and further damage to the potential for sustainable pay growth.

The TUC recognises that supply-side weaknesses should be addressed to ensure the UK has economy has the innovation, skills and access to finance that are needed for long-term gains in productivity. And urgent action is also needed on fair pay to ensure that when productivity gains are realised they are fairly shared across the workforce.

But these measures will only have a real impact in the context of policies that protect and expand demand. This means that where firms are already doing well they need to invest in their staff and in future growth and that the next government urgently needs to rethink austerity economics.

TUC General Secretary Frances O’Grady said: “The so-called ‘productivity puzzle’ is a red herring and we need to directly confront the real cause of economic failure over the past five years. Austerity has done tremendous damage to the economy, with workers absorbing the shock through the longest decline in living standards since Queen Victoria was on the throne.

“Reforms on skills, banking and corporate governance are of course important to long-term progress on UK productivity. But to reverse the productivity shortfall we have suffered since the recession, we must be careful not to put the cart before the horse – it is immediate investment and stronger demand that is needed for both wages and productivity to recover strongly.

“The most important lesson for the next parliament is to avoid more of the self-harming austerity that has done so much damage to workers’ wages and Britain’s productivity in the last five years. The government must use the low cost of borrowing to make demand-boosting investments in infrastructure and decent public services.” 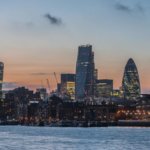