The people of Preston in Lancashire are being urged by their council to join Move Your Money in a bid to create a better financial system.

Preston City Council believes that since the financial crisis people are increasingly concerned about where their money goes and how it’s used, and it wants to help. Whilst a number of councils across the UK have committed to move their money, Preston is the first council in the UK to actively encourage individuals and businesses across the city to switch banking providers.

Preston City Councillor Martyn Rawlinson Cabinet Member for Resources said: “Now, more than ever people want to know what’s happening to their money. Is it safe? Is it invested properly and in investments that not only guarantee a financial return but are ethically sound too? Is the money being used in a way that it doesn’t harm the environment or even contribute to making people ill? By taking a greater interest in what happens to our money we can make a difference, not only to our community but across the world as a whole.”

He added: “As a Council we are investing £100,000 in establishing the Guild Money Credit Union that will help people in Preston with both savings and loans. This is a great way for the Council to use its money as a positive resource to help local people. However, we recognise that the Council could do more. That’s why we are supporting this national Move Your Money campaign and also looking at our own investments. We want to see if as a Council, we can invest in a more ethical way.”

“Obviously we have to invest wisely and protect taxpayer’s money but we need to get balance right. We have to ensure we invest in the right institutions and in the right financial products that help people, not damage people or communities wherever in the world they may be.”

“It’s much easier now for people to swap banks, in fact 2.4 million people did just that last year alone. The Move Your Money campaign makes it even easier by listing the best banks for you given your financial circumstances. And, it can all be done from the comfort of your own home from the Move Your Money website. Please have a look, sign up to the campaign and let your money work for you in the way that you want it to.”

Charlotte Webster, Campaign Director, Move Your Money added: “We’re thrilled that Preston City Council is on board with the Move Your Money Campaign. It’s vital people know where their money is and what it’s being used for. As we’ve seen over the last few years many banks and financial institutions have invested our money in a way that’s more in their interests than ours. Fundamentally, this led to greater risk taking, followed by a financial crisis that has affected each and every one of us.”

She continued: “Money can be used in so many positive ways to help local people and communities across the world. The more that people take an interest the more that banks will listen and invest in a way that benefits everyone, not just the few. Our Scorecard ranks over 70 British banking options across a number of criteria including ethics and customer service, so you can see just which bank is right for you.”

Other councils across the UK that have committed to moving their money to better banks, or setting up their own, include the Greater London Authority; Lambeth; Liverpool and Brighton. 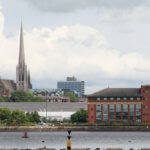