The currency which outperformed the pound the best was the Trinidad and Tobago dollar which rose by nine point five percent over the last year against the pound.

Other high performing currencies included the Chinese renminbi, which increased by nine point one percent year on year; the Maldives rufiyaa increased by nine percent and the American dollar rose by eight point three percent.
There were countries whose currency depreciated in value compared to the pound over the last year, such as the Ukranian hryvnia which recorded the largest decline against the pound, falling by 62% over the past year. This was due to country’s ongoing economic crisis and political problems as fighting has continued in eastern Ukraine.

Richard Musty, International Private Bank Director at Lloyds Bank, commented that the results were mixed.
‘Sterling has had a very mixed performance over the past year. The pound has appreciated against those economies that are facing particularly severe problems such as Russia, Ukraine and Brazil. UK travellers going to much of Europe will have benefited from the further reduction in the euro’s value against the pound. Those going to the US or China, however, will find that their money goes less far.’

The pounds bad performance against foreign currencies will affect the investment markets, with funds which deal heavily in international currencies having seen a mixed result over the last twelve months. However, China’s current economic turmoil will doubtless see the renminbi lose its power against the pound, allowing British investors in that market some possible reprieve. 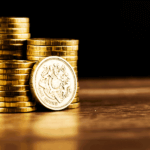