With less than 100 days to go until the General Election, the CIPD, the professional body for HR and people development, is warning that regulatory changes shouldn’t form the cornerstone of labour market election promises. According to new research, the UK’s flexible labour market is generally working well in comparison with our international peers, suggesting there isn’t a strong case for the next Government to either de-regulate further or to strengthen employment rights.

The report, Employment Regulation and the Labour Market, indicates that the UK is highly unlikely to get much benefit from more employment regulation or from significant deregulation of the labour market, as it already performs well in comparison to many of its OECD counterparts on a number of measures. The link between the stringency of regulation and labour market outcomes such as productivity or job quality is in many areas either weak or complex and thus difficult to predict. Instead, the CIPD is urging policymakers to focus efforts on improving productivity through a much stronger focus on improving workplace practices while increasing awareness of existing rights and enforcing them more effectively.

The report,commissioned by the CIPD, and compiled by The Work Foundation, considered the impact of employment regulation on broad labour market measures. The Nordic countries (Denmark, Sweden, Finland and Norway) and the Netherlands score consistently well and the UK sits comfortably mid-table or above on most indicators. However, there are some economies in Southern and Eastern Europe, such as Spain, Italy and Greece, where the data does suggest that labour market outcomes could be improved by greater liberalisation.

The report indicates that despite the UK rating below average among OECD countries on measures of employment protection, the quality of employment in the UK compares more favourably with other countries than is often thought to be the case:

-In comparison to other OECD countries, the UK has a high share of permanent employment – 79% of UK workers in 2013 were on a permanent contract, compared to 77% in Germany and 65% in Italy

-Compared with the European average, the UK has a larger proportion of ‘good’ jobs and a smaller proportion of ‘low quality’ jobs. Overall 65% of jobs in the UK are rated as good jobs*, compared to just 54% in Italy, 50% in France and 49% in Germany

-The average weekly hours worked by employees in the UK in 2013 was 36, which was in line with the OECD average. However the UK does have a comparatively high proportion of long hours jobs (those involving 50 hours or more a week) with 12% falling into this category

-In all, 84% of UK workers say they are satisfied with their working hours (EU 28 average 80%) and 77% report they are satisfied with their work-life balance (EU 28 average 74%). UK workers don’t seem much more fearful of losing their jobs than workers in countries with stricter employment protections (12-14% across UK, Germany, France and Italy) and over 40% said they were either optimistic or very optimistic they could find another job at a similar wage.

Ben Willmott, head of public policy at the CIPD said: “The public debate can often seem polarised between calls for greater regulation and employee protections from trade unions and, at the other end of the scale, employer organisations that want to reduce regulatory burdens on business. Our report shows that more or less regulation is not the issue. Overall, UK workers are more satisfied with their jobs, working hours and ability to progress than their counterparts in France, Germany and Italy. The solution to some of the challenges we face in the UK such as poor productivity and the high proportion of low paid jobs in the economy doesn’t lie in quick legislative fixes. We don’t need yet another employment bill or another zig-zag between more and less regulation. Instead, what we need is a fundamental review of the UK’s skills policy to understand how we can generate more high-skilled jobs and better progression routes for those in low-skilled and low-paid jobs. We also need a much greater focus on improving workplace practices in the areas of leadership, management and HR capability to increase demand among employers to invest in workforce development.”

While the UK performs well overall, it performs comparatively poorly in three important areas – productivity, low pay and the integration of young people into the labour market.

-While the UK doesn’t have the highest share of low-paid jobs in the OECD, it does sit uncomfortably in the top quarter. The UK, US and Canada all have 20-25% of employment in low-paid work compared with 18% in Germany and 10% in Italy

Willmott concludes: “It’s clear that the UK struggles on productivity, low-pay and unemployment among young people, but the wider picture is much more positive. The stage seems set for a good performance but something is missing in the delivery. We have good investment in ICT, above-average shares of knowledge-intensive industries and better quality employment than many European economies, including some with much higher productivity levels. Rather than meddling with regulation, a renewed focus on enforcing and improving awareness of existing rights among employers and workers is needed to help curb any abuses of employment rights where they do occur, as well as a much more explicit policy focus on the workplace to improve practice and productivity.”

The CIPD has suggested the creation of a Workplace Commission to help support a more strategic approach across government to developing policy on the workplace with the objective of improving productivity and enhancing job quality where poor practice exists. 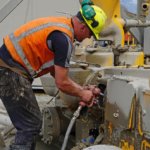