Further denigrating opinion of the plans instigated by Germany, to cut back on spending, the Polish finance minister has called for a fresh €700bn spending found to 2020. According to Mateusz Szczurek, the current state of play risks a long-term economic decline in Europe.

Speaking to the Financial Times earlier in the week, Mr Szczurek said:

“Europe is strangling itself,”

He went on to say that the current policy in action was ‘exhausted’.

Mr Szczurek’s plea backs up the opinion of Mario Draghi, the European Central Bank’s president. He has called for the stronger economies in Europe to ramp up their spending. He says that by these countries taking such action, the threat of deflation will be thwarted. Mr Draghi also believe it is the best way to stimulate growth.

However, such manoeuvring is not likely to go down well in Germany. It has long believed that a prudent approach is the best approach.

This is not the view across all of Europe. In France and in Italy, it is widely believed by financial commentators that attitudes to austerity measures are changing. France has already missed hitting the EU’s deficit target, while Italy’s economy is stalling.

Under plans being presented by Mr Szczurek today, the EU’s member states would contribute capital amounting to €700bn to an infrastructure fund. Financing projects throughout the EU, with a focus on retarded and slow output countries such as Greece and Portugal.

The plans would see around €60bn contributed by all member states, while Mr Szczurek said that Germany could use the fund as a depositary for its ‘idle savings’. He has admitted that he expects opposition from Germany over the plans.

The plans are to be announced to the EU’s finance ministers later today, (Friday 12 September). 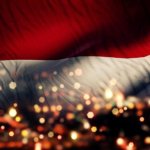