Today’s PMQs became a showdown after Harriet Harman attacked the Prime Minister’s proposals to cut tax credits. The acting Labour leader, first quoting an earlier speech by David Cameron in which he stated ‘There’s…nothing progressive about robbing from our children’, before asking ‘is it not inevitable that cuts in tax credits for working families, unless employers raise their wages immediately, will mean that children are worse off?’.

Cameron responded by accusing Harman of misquoting him, and by indicating that tax credits were no longer viable because of the high proportion of unemployed people, which needed to be rectified by cutting the deficit: ‘First, what I said in that speech about robbing from our children was about the importance of getting our deficit down and not asking them to pay debts that we were not prepared to deal with ourselves. What we need to do is make sure we go on with a plan that is seeing 2.2 million more people in work. Crucially for children, compared with when I became Prime Minister, there are 390,000 fewer children in households where no one works. My programme for tackling poverty is to get more people in work, get them better paid, and cut their taxes.’ Cutting tax credits for families has long been one of Cameron’s strategies for reducing the deficit.

Harman had prepared figures to reinforce her argument, demanding of the Prime Minister ‘a lone parent working part-time: to compensate her for that loss of £1,400, the minimum wage would have to go up overnight by 25%’. Cameron’s response involved reminding Harman that he inherited a bad economy from the previous Labour Government and accusing Harman herself of being opposed to progression: ‘learned Lady seems to want is the current failure of low pay, high taxes and high welfare’. Ultimately Cameron could not provide Harman with details of how families could be compensated for the loss of the child tax credits.

Currently, families on a low income, whether working or not, are entitled to tax credit for any child either under 16 or under 20 but still in some form of education. A basic amount of £545 a year is allowed, with families receiving extra fund for every additional child, and every additional disabled or severely disabled child they care for. 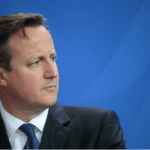