Findings from research carried out on behalf of pension investment specialists, AXA Wealth, which questioned 1,500 UK residents aged over 55, indicate that one in ten (10 per cent) of the UK’s over 55s who are due to retire in the next 18 months would consider drawing down on their pension pots to start a small business or go into consultancy. This ‘later-life entrepreneurs’ trend could see over half a million over 55 year olds shun retirement in favour of starting up their own business venture.

The average value of a pension pot of those asked was found to be £550,000, and of those considering withdrawing money to invest in a new business, almost half (47 per cent) intend to use their 25 per cent tax-free lump sum to fund their start-up.

– For those planning on starting a new business, realising a lifelong dream to be a business owner was cited as the top motivation by over a third (35 per cent)

– For those planning on starting a new business, monetising a hobby was revealed as the investment incentive for a quarter (25 per cent)

– For those planning on starting a new business, nearly one in five (19 per cent) are driven by the urge to utilise the experience and skills gained throughout their professional career in order to supplement their pension income

The research also reveals how the pension reforms will vary in impact upon the UK’s different regional economies. The South West is expected to most likely experience a mini boom in teashops and restaurants with 22 separate new establishments being considered, while the Midlands could see a resurgence in manufacturing, with 25 new production facilities being considered in light of newly invested start-up capital.

Adrian Lowcock, head of investing at AXA Wealth, comments; “We’re seeing a revolution when it comes to retirement spending. The widespread concern that pensioners will blow their whole pension on a supercar feels exaggerated. Instead we are seeing a diverse approach; with the over 55s taking to the freedom and opportunities created by the pension reforms – in this case fuelling a whole new generation of later-life entrepreneurs.” 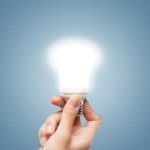