“It is disappointing that despite more than a 3% increase in the FTSE100 over April, pension scheme deficits still increased so significantly,” said Ali Tayyebi, Senior Partner in Mercer’s Retirement Business. “The driving factor was a significant increase in liability values which in turn resulted from a small reduction in long dated corporate bond yields, combined with a small increase in the market’s expectations for long term inflation.

“Despite the historically high deficit as at 30 April 2014, the three key drivers of the pension scheme deficit on the balance sheet, namely: corporate bond yields, market implied inflation and the FTSE 100 index, have all individually been at even more unfavourable levels over the last 12 months.

“This is a sobering thought for those inclined to assume that financial conditions are bound to get better and might therefore be deferring risk management or deficit correction actions on that basis,” added Tayyebi.

“According to the most recent data available from the Office for National Statistics , UK Companies contributed £63bn to UK pension schemes in 2010, and will likely have seen further increases since 2010. This is up from £25bn in 2000. It is clear that despite this increase in contributions funding levels are not improving. Companies and trustees need to explore other ways of controlling costs, managing risk and discharging liabilities. Companies that execute this efficiently will put themselves at a competitive advantage,” said Adrian Hartshorn, Senior Partner in Mercer’s Financial Strategy Group.

Mercer’s data relates only to about 50% of all UK pension scheme liabilities and analyses pension deficits calculated using the approach companies have to adopt for their corporate accounts. The data underlying the survey is refreshed as companies report their year-end accounts. Other measures are also relevant for trustees and employers considering their risk exposure. But data published by the Pensions Regulator and elsewhere tells a similar story. 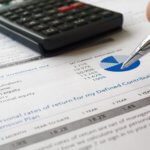