Pending home sales cooled in September for the second straight month and to their second lowest index reading in 2015, according to the National Association of Realtors®. All four major regions experienced a pullback in activity in September.

The Pending Home Sales Index,* a forward-looking indicator based on contract signings, declined 2.3 percent to 106.8 in September from a slightly downwardly revised 109.3 in August but is still 3.0 percent above September 2014 (103.7). With last month’s decline, the index is now at its second lowest level of the year (103.7 in January), but has still increased year-over-year for 13 straight months.

Lawrence Yun is chief economist and senior vice president of research at the National Association of Realtors(r). Yun oversees and is responsible for a wide range of research activity for the association including NAR’s Existing Home Sales statistics, Affordability Index, and Home Buyers and Sellers Profile Report. He regularly provides commentary on real estate market trends for its 1 million Realtor(r) members.

Lawrence Yun, NAR chief economist, says a combination of factors likely led to September’s dip in contract signings. “There continues to be a dearth of available listings in the lower end of the market for first-time buyers, and Realtors® in many areas are reporting stronger competition than what’s normal this time of year because of stubbornly-low inventory conditions,” he said. “Additionally, the rockiness in the financial markets at the end of the summer and signs of a slowing U.S. economy may be causing some prospective buyers to take a wait-and-see approach.”

Despite contract activity softening from the more robust levels seen earlier this year, Yun believes the housing market will still likely be one of the brighter spots in the economy in coming months.

“With interest rates hovering around 4 percent, rents rising at a near 8-year high, and job growth holding strong – albeit at a more modest pace than earlier this year – the overall demand for buying should stay at a healthy level despite some weakness in the overall economy.”

Pending home sales in the South decreased 2.6 percent to an index of 118.3 in September and are now 0.1 percent below last September. The index in the West inched back 0.2 percent in September to 104.4, but is still 6.6 percent above a year ago.

Yun will present NAR’s 2016 economic outlook and forecast on Friday, Nov. 13 at the 2015 REALTORS® Conference & Expo in San Diego. Jonathan Corr, president and CEO of Ellie Mae, Inc., and Mark Zandi, chief economist with Moody’s Analytics, will join Yun to discuss changes in housing finance, the overall market and the economy. A news release highlighting the key takeaways of Yun’s forecast and the discussion will be sent in the afternoon around 2:30 p.m. EST.

Members of the media may register in advance to attend NAR’s annual conference by contacting Yolanda Byrd, 202-383-7515 or [email protected] Onsite press registration will begin Thursday, Nov. 12 through Sunday, Nov. 15 from 8 a.m.-5 p.m.; and Monday, Nov. 11, 8 a.m.-noon at the San Diego Convention Center.

The National Association of Realtors®, “The Voice for Real Estate,” is America’s largest trade association, representing 1 million members involved in all aspects of the residential and commercial real estate industries.

*The Pending Home Sales Index is a leading indicator for the housing sector, based on pending sales of existing homes. A sale is listed as pending when the contract has been signed but the transaction has not closed, though the sale usually is finalized within one or two months of signing.

An index of 100 is equal to the average level of contract activity during 2001, which was the first year to be examined. By coincidence, the volume of existing-home sales in 2001 fell within the range of 5.0 to 5.5 million, which is considered normal for the current U.S. population. 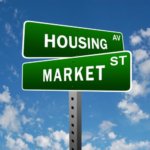