Pay-day loan and ‘debt management’ industries could be masking the full extent of the personal debt crisis in the UK, according to top 25 accountancy firm, Wilkins Kennedy LLP.

However, Wilkins Kennedy note that the growth of the payday loans and debt management industry means that many individuals that are effectively bankrupt are not caught by these figures.

“In many cases the arrangements are rolled over from one month to the next, and because of the punitive interest or high, front-loaded fees, very little capital is repaid and the individual’s financial difficulties get worse, not better.”

“However, because these companies are not required to register their schemes, it is difficult to know exactly how big the scale of the problem really is. I am concerned that many people using Debt Management Plans and Pay Day loans will at best eventually end up formally insolvent or at worst taking desperate measures to repay their creditors.”

Wilkins Kennedy adds that this year’s bankruptcy figures are likely to be swollen by recent difficulties in the legal sector. The profession has been suffered as a result of legal aid cuts, and over 130 firms were unable to secure Professional Indemnity Insurance, without which they are unable to practice and must be dissolved.

Louise Brittain comments: “This has been a bruising year for the legal profession – with even major names like Cobbetts and Manches experiencing financial difficulty, and some smaller firms faring far worse. Problems with obtaining Professional Indemnity Insurance also put the nail in the coffin of over a hundred firms that were already struggling financially, forcing the individual partners to liquidate.” 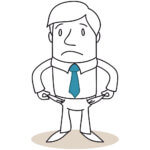