Over Half Believe Wealthy Starts at £10m

A recent survey by Oracle Capital Group, the independent international multi-family office, has shown that more than 55% of people believe that to be deemed wealthy today you need to be worth more than £10m.

More than 20% of these respondents believe that you can only be deemed wealthy if you enjoy a personal fortune of £100m or more.

In contrast to previous decades when the term ‘millionaire’ indicated significant personal wealth, it is clear that our perceptions of what it means to be wealthy have changed. Factors such as inflation and escalating house prices have driven living costs higher, and a million GBP in assets no longer has the cachet and purchasing power
it once did.

The results of the survey highlight the impact of the vast personal wealth accrued by many celebrities and other figures in the public eye. Two thirds of respondents believe that the high visibility of wealthy celebrities has skewed our perceptions of wealth, with almost half of all respondents attributing this to the earnings of sports stars.

Of the other respondents, a fifth felt that remuneration in the media and arts most skewed perceptions of wealth, while 18% chose the salaries and bonuses enjoyed by business executives and financial professionals. 13% of respondents believe that the technology sector has most affected our perceptions of wealth, a reflection of the high profile successes of tech start-ups such as facebook, WhatsApp and Twitter which have generated fortunes for
their founders.

Yury Gantman, CEO of Oracle Capital Group, commented: “Clearly the idea of wealth is relative, but what is clear is that the word ‘millionaire’ does not necessarily now conjure up the sense of significant wealth that it did until relatively recently; today, it’s more about being a ‘tenmillionaire’.

“Many people who own properties in the London area have become millionaires by virtue of the dramatic inflation of house prices, but would not necessarily regard themselves as HNWIs (high net worth individuals). This is undoubtedly a reflection of growing living costs which, alongside the housing market, have affected food prices, school fees, travel and other household outgoings, but also – as indicated by our survey – because their own personal assets are dwarfed by the immense and highly publicised fortunes of footballers, film stars, hedge fund managers and tech billionaires.” 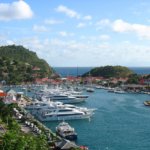