The 9/11 death count is continuing to climb among the first responders who bravely went into the World Trade Centre and the Pentagon to rescue as many people as they could, as well as those who cleaned up the aftermath at ground zero in the days and weeks after the event. But why are people continuing to die over 20 years later?

Hazards After The Destruction

The debris of the twin towers, as well as the smoke and fumes around the towers as they fell, got into the lungs of thousands of first responders. Additionally, many people were injured, lost limbs, and got infections from injuries sustained during the attack. The survivors and responders inhaled noxious dust, chemicals, fibers, and fumes from the destruction, and that got into their lungs.

Additionally, it has been found to have caused over 60 types of cancer and around two dozen other health conditions that can be directly linked to the days and weeks after 9/11. And it wasn’t just those at ground zero who were affected because the dust travelled around 44 miles downwind, and lots of people breathed it in.

Most of the problems that are happening and causing death for those who responded to or survived the 9/11 attacks didn’t happen in the days and weeks, or even in the months after the attacks. The illnesses and mental health issues developed over time as all the contaminants got into the bodies and then started developing until the symptoms showed up.

PTSD is also a problem that sometimes doesn’t kick in until after the traumatic event as well, and while many people know about the physical issues we can’t forget about the mental issues that many of those who were at the attacks are dealing with. Survivor guilt, anxiety, depression, and other mental health issues are starting to grow as well

412 responders died on the day of the attacks, but now almost 3,500 have been noted to have passed away, primarily due to cancers or aerodigestive illness. The respiratory and upper digestive tract issues are the leading cause of death, followed by cancer, and death by mental health issues.

Additionally, the cases of Leukaemia are starting to rise among those first responders enrolled in The World Trade Centre Health Program, due to the exposure to the benzene jet fuel which was all around ground zero, and benzene has been proven to be linked to Leukaemia.

With the rise of other cancers related to asbestos as well, monitoring the health of survivors is something that organizations will continue to do.

Make Sure To Never Forget

For the first responders who are still dealing with the physical and mental traumas and effects of the September 11th attacks and the aftermath, they are remembering that event every single day of their lives, not just on the anniversary.

If you feel like you want to give to them and help them out, you should, because it will be a reminder to them that you haven’t forgotten either. 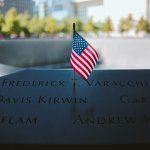