According to EY’s 10th bi-annual Oil and Gas Capital confidence barometer—a survey of 1,600 senior executives in more than 70 countries including 169 oil and gas executives—just over half (54%) of the oil and gas respondents view the global economy as improving, down sharply from 71% in October 2013. Economic caution is reflected in job creation prospects too, with the portion of oil and gas respondents expecting to grow jobs declining from 57% in October 2013 to 37% in April 2014.

Andy Brogan, EY’s Global Leader Oil and Gas Transaction Advisory Services said: “The barometer shows a new consensus in oil and gas prices and relentless pressure on capital efficiency is driving a greater emphasis on optimization vs. growth. A conservative view on oil and gas pricing, combined with pressure to deliver capital returns has led to the industry adopting a slightly more cautious approach.”

In a flat oil and gas price environment and amidst rising shareholder activism, cost-cutting and operational efficiency are no longer just operational issues but have become a strategic imperative. The survey shows that 40% of respondents are focused on cost reduction and operating efficiency, up from 28% in October 2013. The focus on growth has slowed with only 39% of respondents seeing growth as their primary focus, down from 66% in October 2013.

The impact of shareholder activism has been felt with over 90% of respondents indicating that issues raised by shareholders have shaped boardroom agendas. Attention to costs has topped the shareholder demands and boards are responding accordingly.

“Growth agendas have shifted to a new path, featuring more innovative and high-risk organic growth. More emphasis is being placed on fast tracking current portfolio opportunities than before,” said Brogan.

Thirty percent of respondents expected to pursue acquisitions in the next 12 months, which is a decrease from 39% in October 2013. Despite the relatively low levels of M&A activity, the oil and gas sector remains broadly optimistic that deal activity will increase. The reduction in activity has been more of a deal value than deal volume issue. A big contributor, aside from general caution on the economic environment, has been valuation gaps which now appear to be closing.

“The deal market in oil and gas is traditionally very resilient but we are in more of a buyers’ market now than we have been for some time,” said Brogan. “We expect the general note of caution to continue to deter some of the bigger deals but expect that deal volumes will remain reasonably robust. The continuing focus on emerging market activity appears to be here to stay.” 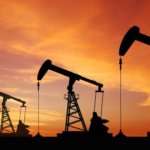