Oilfield Services Market Worth $144 Billion by 2020

This reduction mainly impacted the upstream exploration and production (E&P) activities. Consequently, the oil and gas operators have reduced their capital expenditure outlook for 2015 citing concerns over low profit margins. However, the expected increase in production from petroleum rich nations such as Saudi Arabia, Russia, and the U.S. has resulted in higher demand for production based services.

The pressure pumping segment occupied the largest market share, by value, in 2014 owing to high usage of hydraulic fracturing in North America’s shale gas activities. Among application, onshore is used more as offshore applications are expensive. The cost factor is highly crucial in deciding the feasibility of any oilfield service activity, especially during a low crude oil price environment.

North America is the largest market for oilfield services. The region has been experiencing rapid increase in its oil and gas production levels since the last 10 years and accounted for more than 45% of the total market in 2014. This is largely due to two factors viz. the production from unconventional shale plays and the deep-water production in the U.S. Gulf of Mexico.

The technological advancement along with the experience in producing from unconventional formations has boosted the domestic production in this region. The region is expected to grow further during the forecast period, which can be attributed to the continued production related activities within the region.

To find out more about this report, please click HERE. 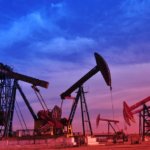