Following evidence submitted to the Treasury for its recent consultation on the North Sea tax regime, Oil & Gas UK has this week made a further representation, repeating calls for urgent reform in light of escalating industry costs and the falling oil price, which yesterday hit a four year low.

In a letter to the Chancellor of the Exchequer, Oil & Gas UK chief executive Malcolm Webb points to the deteriorating economics of the mature UK Continental Shelf (UKCS), a situation which has become even more acute since the trade body submitted its evidence at the beginning of October. The Brent oil price has fallen $30 since its peak in mid-summer and shows no sign of recovery, while industry unit costs rose by 26 per cent last year.

“Profitability on the UKCS is insufficient to maintain the uncompetitive high tax rates of 62 – 81 per cent paid by production companies,” says Malcolm Webb.

The Office for National Statistics shows pre-tax returns for the UKCS have fallen to levels last seen in 2005, when the oil price was less than $50 per barrel and tax rates were 22 percentage points lower.

Far from gaining additional tax receipts from the UKCS, revenues have fallen by almost two thirds in three years and the OBR has predicted further decline, even before the recent price adjustment.

Mr Webb added: “Last year total UKCS expenditure exceeded post-tax revenues; this year it is heading in the same direction. This is not a sustainable situation. Without swift action, capital investment is set to halve by 2017. Urgent tax reform is now needed for the North Sea to remain globally competitive and attractive for investors.”

In the response sent to the Treasury in October, Oil & Gas UK called for the following key fiscal reforms:

• Introduction of a single, uniform capital investment allowance to embrace all capital expenditure including exploration and infrastructure

• Tax incentives to make exploration on the UKCS more attractive, both by improving the potential returns, and by encouraging new entrants

• Removal of the timing restrictions for the Ring Fence Expenditure Supplement

• The reduction to zero, over time, of the rate of Petroleum Revenue Tax

Mr Webb said: “Since the beginning of October when we made our initial submission, pressures on the basin have become even greater. The industry is now taking urgent steps to address its significant cost challenge, promoting efficiencies through innovation and simplifying work practices and processes. But the Treasury too has a critical role to play in the implementation of the Wood Review’s recommendations as one of the three crucial parties (alongside industry and the new Oil and Gas Authority) with the remit to rebuild confidence in Britain’s offshore industry and maximise recovery of oil and gas from the UKCS.” 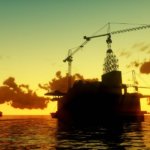