The plans have been announced to target corporate tax avoidance on the world stage, which sees many of the world’s multinational companies reducing their tax bills by moving profits from one country to another.

Recent accusations have seen the likes of Amazon, Google and Starbucks accused of employing such practices, though all firms are resolute in saying they operate within the law.

Announcing the proposals in Paris yesterday the head of tax at OECD, Pascal Saint-Amans, said that they would:

“change the rules of the game”

M. Saint-Amans went on to explain that it the plans would ensure companies pay taxes in the country in which they have been generated. He went on to say that all of the 44 nations which contribute 90% to the world’s economy are in favour of the plans.

Under present rules, firms are able to exploit rules in place to prevent double taxation and benefit from double deductions against their tax instead.

Many also use internal billing processes to see that profits are registered in countries offering lower corporate tax rates.

The plans would see such practices prevented, obligating firms to declare staffing levels, revenues and profits in each jurisdiction they operate in.

The proposals will be set before the G20 finance ministers when they meet in Australia this weekend. 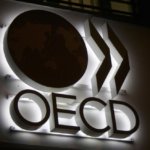