Centre for Cities’ 2015 Cities Outlook report also makes grim reading for a host of North West towns, with Rochdale, Blackpool and Burnley among those performing poorly.

The report found that for every 12 net new jobs created between 2004 and 2013 in cities in the South of England, only one was created in cities throughout the rest of Great Britain.

It added that national growth between 2004 and 2013 was largely driven by only a handful of cities – mainly located in the south – which have seen their populations boom, their number of businesses grow, and thousands of new jobs created.

At the same time in other cities, migration of young and skilled workers, a lack of business growth, and falling employment opportunities have led their economies to contract.

In the North West, Rochdale, Blackpool, Wigan and Burnley were found to have suffered the lowest jobs growth between 2004 and 2013. Rochdale was ranked 62nd out of the 63 towns and cities featured in the list, with a -12.2 per cent change.

You can read the full report here. 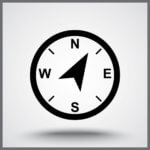