The Deputy Prime Minister, Nick Clegg,  signed a historic Growth Deal for Birmingham and Solihull, bringing over £357 million of investment to the region to support economic growth. While in Birmingham, Nick Clegg will also be visiting precision valve manufacturer HydraForce, which received an award of over £1.8 million from the government’s Regional Growth Fund (RGF).

In addition, the Regional Growth Fund is providing £1.8 million towards a £17 million investment which has enabled HydraForce UK to build a new, bespoke 120,000 square-foot factory in Birmingham, which will be completed by mid-2015. This will create and safeguard almost 200 long-term jobs while generating upwards of 100 jobs in HydraForce’s supply chain.

The Deputy Prime Minister is today confirming other Regional Growth Fund awards in Birmingham. Dana UK Axle has secured a £1 million grant to increase capacity and install cutting-edge technology, creating 400 jobs in high-tech manufacturing. Sertec Group Holdings secured a £1.425 millionRGF grant to help deliver its project to invest in new stamping equipment and robotic welding cells at their plants in Aston, Coleshill and Tyseley. This will lead to 200 new jobs.

“I’m delighted to be finalising this historic deal bringing real change to our second largest city in the UK. This significant Growth Deal will enable a whole host of jobs to be created, see scores of homes built and transport services improved. All of this is a major boost to the economy in Greater Birmingham and Solihull.”

“Growth Deals are about local areas leading their own growth, giving more power to people in the regions so we can work together to build a strong economy and a fairer society.”

“I was impressed with HydraForce’s ambitious plans to double its turnover and significantly increase its UK workforce. This US company has been in Birmingham for over a quarter of a century and this investment is securing its future in the Midlands.”

The key features of the deal are:

investing in growth in Greater Birmingham and Solihull, including station improvements at Snow Hill, major maintenance of the Tame Valley Viaduct, phase two of the Hoobrook Link Road to improve accessibility of the South Kidderminster Enterprise Park, a growth and regeneration programme in East Staffordshire and the mid-Cannock road/rail freight interchange
maximising the benefits of HS2, including station improvements between New Street and Moor Street, extensions of the Midland Metro, a Bus Rapid Transit scheme from Birmingham City Centre to Quinton and walking and cycling improvements in Birmingham city centre
enhancing growth sectors, and supporting and growing businesses, including new courses to improve skills capacity in the automotive supply chain and life sciences sector, a Solihull Aviation Engineering Training Centre to develop maintenance and repair skills, the Skills Excellence Hub in Birmingham for food technology, the Centre of Excellence for Advanced Technologies at Birmingham Metropolitan College, the Advanced Manufacturing Hub and a Life Sciences Campus 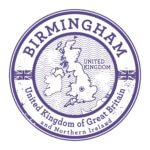