New Tech Will Kill off Many of World’s Largest Firms, Claims New Book

A new book entitled iDisrupted by John Straw and Michael Baxter claims that only 19 of the world’s 100 largest companies in 2012 will still be in that list in 2042. However, it says that even this bold claim may be understating how things will pan out.

Throughout history, new technologies have had a disruptive effect on businesses and the economy, proving fatal to some well-known companies. In the new book, iDisrupted, the authors claim that the rate of fatality is set to increase.
Of the top 100 global companies identified in 1912, 29 companies had experienced bankruptcy or similar; and 48 had disappeared by 1995. Eastman Kodak was one of just 19 companies that stayed in the list during these years, yet at the start of the 21st century, with the onset of digital cameras, home printing and photo sharing websites, it too fell victim to the rise of new technologies.

In iDisrupted, co-authors John Straw and Michael Baxter claim that many of the industries we currently see as strong, such as oil, car manufacturers, banks and energy companies, could also be heading for the corporate graveyard within the next few decades. They say that only 19 of the world’s 100 largest companies in 2012 will be in that list in 2042. However, even this may be an understatement.

Straw states: “The big corporate success story of the 20 century related to oil companies, but just because they flourished in the 20th century, this does not necessarily mean they will flourish in the 21st century.” The rise in electric cars, self-driving cars and advances in solar power and energy storage, will all play a part in the energy industry as we currently understand it.

Baxter adds: “In our book, we try to explain why it is that technology is set to change the world like it has never been changed before. This is exciting, but it is also scary. There will be winners and losers, and some of the world’s largest companies will be amongst the losers.” 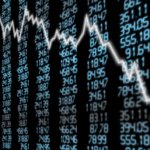