The listed property company Balder has together with the Third Swedish National Pension Fund decided to enter into a joint venture for investments in residential properties in Sweden. Housing market forecasts shows a great demand for residentials

The new residential company will focus primarily on investments in new production of rental properties in growth areas in Sweden. Except the three metropolitan regions, also growth areas with positive population development are in focus. The residential properties that are produced shall focus on environmently friendly production.

“It is very positive and important to co-invest with a player as the Third Swedish National Pension Fund that has a long-term view on investments as we have”, says Erik Selin CEO and main owner in Balder.

AP3 doesn´t have investments in residential properties today, despite being a large player in the real estate sector.

­”We see good opportunities in developing our Swedish property portfolio with residential together with Balder, which is a well established company in the sector. The strong population growth expected in Sweden means a great need for new production of residentials”, says Kerstin Hessius, CEO Third Swedish National Pension Fund.

The deal is subject to approval from the Swedish Competition Authority and the deal is expected to close during the first quarter in 2016.

Balder in brief. Fastighets AB Balder is a listed real estate company which shall meet the needs of different customer groups for premises and housing through local support. Balder’s real estate portfolio had a value of SEK 39.9 billion as of 30 September 2015. The Balder share is listed on Nasdaq Stockholm, Large Cap.

Third Swedish National Pension Fund (AP3) is one of five buffer funds in the Swedish national pension system. The fund has the Riksdag’s mandate to manage the Fund’s assets to the greatest possible benefit for the pension system creating a high return at a low risk level. AP3 has a return of 9.3 percent on average per year over the last five years. The corresponding figure for the income index is 2.4%, which means that AP3’s return has greatly contributed to the pension system. As of 30 June 2015 the fund managed SEK 304 billion. 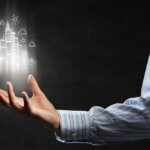