The European Commission welcomes last night’s agreement between the European Parliament and the Council of the EU on a Regulation of financial benchmarks.

The new rules were first proposed by the Commission in September 2013 in the wake of the alleged manipulation of various benchmarks which were to the clear detriment of consumers and companies throughout the EU. Following last night’s preliminary political agreement, the EU is setting a leading standard globally.

A benchmark is an index or indicator used to price financial instruments and financial contracts or to measure the performance of an investment fund. Yesterday’s agreement will improve the governance of such benchmarks produced and used in the EU in financial instruments such as bonds, shares, futures and swaps. The new rules are also directly relevant for consumers as benchmarks determine the level of mortgage payments of millions of households in the EU.

The new rules will reduce the risk of manipulation by ensuring that benchmark providers in the EU have prior authorisation and are subject to proper supervision.

Jonathan Hill, EU Commissioner responsible for Financial Stability, Financial Services and Capital Markets Union said “Benchmarks are critical for the functioning of our financial markets. Manipulating benchmarks amounts to stealing from investors and consumers and undermines confidence in markets. Today’s agreement will help to rebuild confidence in financial markets in the European Union”.

In the financial industry, benchmarks are calculated from a representative set of data or information and determine the prices of many (highly leveraged) derivatives. Examples include: the London Interbank Offered Rate (LIBOR) and the Euro Interbank Offered Rate (EURIBOR) (both benchmarks for interbank interest rates); oil price assessments; and stock market indices.

The proposed regulation will now be subject to a vote by the European Parliament.

The Commission proposed new standards for benchmarks in September 2013 in the wake of the alleged manipulation of various benchmarks including inter-bank offered rates (EURIBOR, LIBOR, etc.), benchmarks for foreign exchange (FX) and commodities including gold, silver, oil and biofuels.

The regulation will implement and is in line with the principles agreed at international level by the International Organization of Securities Commissions (IOSCO) in 2012 and 2013. The Council agreed on a negotiating mandate for that proposal in February 2015.

The Regulation will contribute to the accuracy and integrity of benchmarks used in financial instruments and financial contracts by:

– ensuring that benchmark administrators are subject to prior authorisation and supervision depending on the type of benchmark (e.g. commodity or interest-rate benchmarks);

– improving their governance (e.g. management of conflicts of interest) and requiring greater transparency on how a benchmark is produced;

– ensuring the appropriate supervision of critical benchmarks, such as EURIBOR/LIBOR, the failure of which might create risks for market participants and for the functioning and integrity of markets. 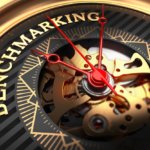