The main developments in February 2014 in the reporting countries can be summarized as follows:

• UCITS enjoyed a second consecutive month of strong net inflows in February amounting to EUR 49 billion, albeit down from EUR 69 billion in January. This drop in net inflows can be attributed to negative net flows out of money market funds during the month.

Bernard Delbecque, Director of Economics and Research commented:
“A strong demand for bond funds was the main driver behind the increased net sales of long-term funds in February, reflecting expectations of continued subdued inflation and low interest rates.” 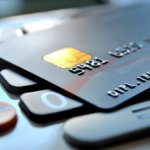