Nearly 80% of European insurers expect to meet the requirements of Solvency II—the EU Directive that codifies and harmonises the EU insurance regulation, primarily concerning the amount of capital that EU insurance companies must hold to reduce the risk of insolvency—before January 2016, according to EY’s European Solvency II Survey 2014. Overall, Dutch, UK and Nordic insurers are the best prepared, while French, German, Greek and East European (CEE) insurers are less confident.

The survey of 170 insurance companies, conducted in the Autumn of 2013, is an update of EY’s 2012 pan-European survey and spans 20 countries including Europe’s largest insurance markets. The findings reveal a consistently high state of readiness to implement the Pillar 1 quantitative requirements and fulfil most of Pillar 2 (systems of governance) but Pillar 3, the reporting requirements, still presents a major challenge, with almost 76% of respondents saying they have yet to meet most or all of the requirements.

Martin Bradley, EY’s Global Insurance Risk and Regulation Leader, said: “Postponing the Solvency II regulatory deadline to 2016 has bolstered insurer confidence that they can meet the requirements in the time frame. However, as companies become more realistic about their implementation readiness, it is clear that some are less prepared than they had expected – many simply delayed their plans by at least one year, which might cause them issues now. While insurers are sending a strong message that they are seeking to improve their risk management effectiveness, they have a long way to go in terms of reporting, data and IT readiness.” 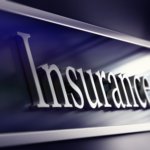