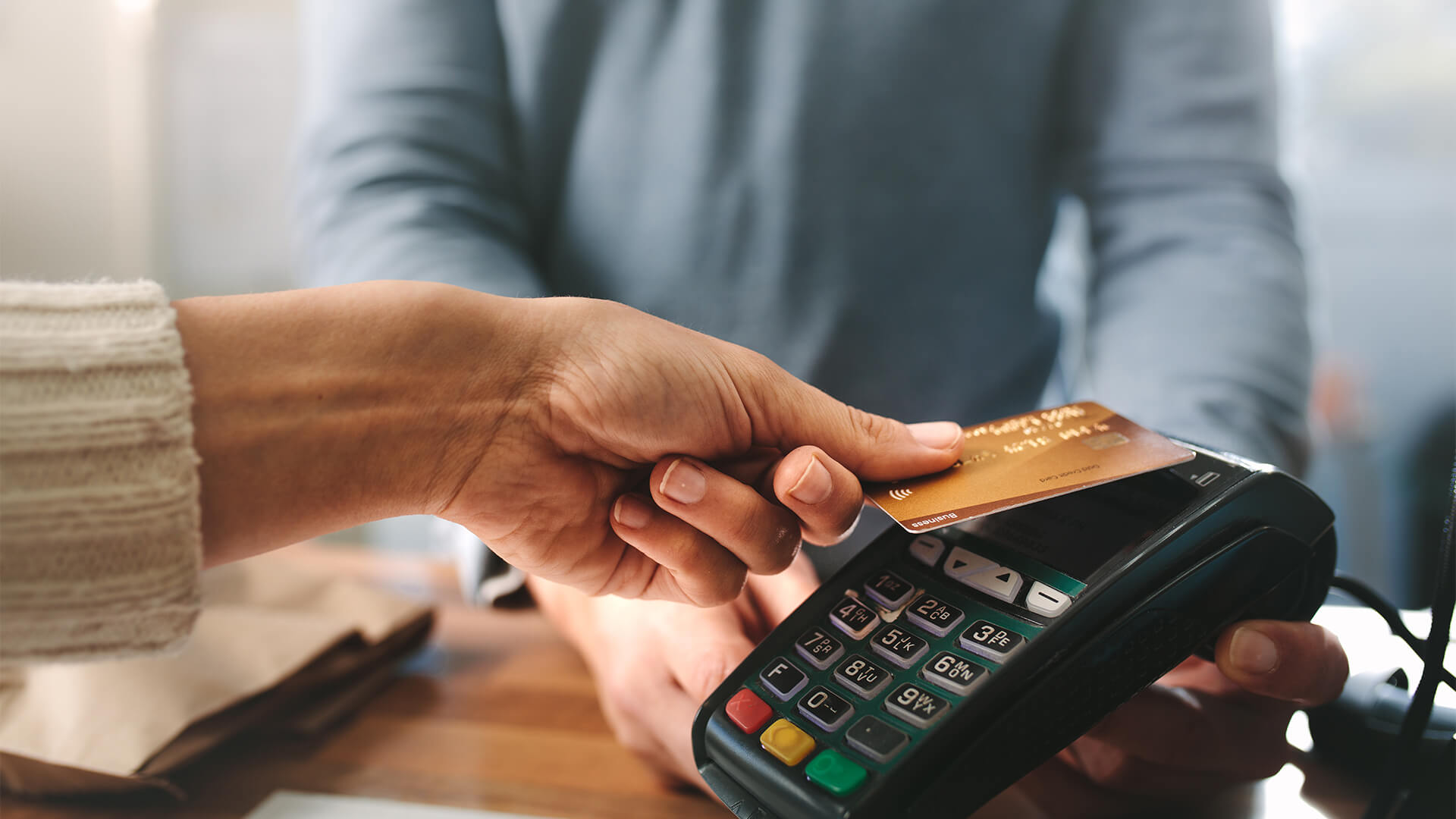 Account-to-account (A2A) payments are an evolution of the ever-changing payments landscape. The solution enables to cut out third parties and transfer payments directly from customers’ bank accounts to the merchant. By helping to carry out payments at speed and low costs, the technology encompasses the vast potential for businesses of any size or industry.

The framework’s potential seems to be backed up by the success of Open Banking startups, focusing on refining it further. Although only gaining momentum, A2A payments could potentially greatly reshape the market as we know it—a change payment service providers (PSPs) have to be prepared for.

On the face of it, it is one of the most primitive forms of transferring digital funds. Let’s say, User A has an account in Bank X and wants to transfer funds to User B. When User A agrees to exchange funds for services, provided by User B, they are immediately transferred directly from User A’s bank account to User B’s, hence the name account-to-account.

However, the real potential of A2A payments lies behind the customer’s journey. Let’s go back to Users A and B. Traditionally, in order to make payment, User A would need to first get a hold of User B’s bank details, such as company details, bank account number, sometimes a short code, bank details, an 8 or 11 character code called BIC, SWIFT and a payment reference number, which can either be a number or text, sometimes a bit of both.

The process does not end here—the person then has to log in to his online bank, input all aforementioned details, authenticate, and then—find a way to prove to User B that he has actually made a payment.

Some banks now offer an option to print a completed transaction slip as PDF immediately, others require more effort to get some sort of proof. Usually, these PDFs have no signed authorization by a bank employee, hence, they can be easily forged; unless one goes the paper route, which is a bit on the dear side. Thus, User B will need to log in and verify whether the funds have really hit the banking account.

While local payment schemes like ‘Faster Payments’ in the United Kingdom or SEPA Instant in the European Union provide the convenience of getting the funds virtually instantly, not all banks are part of this scheme, and funds might only arrive 3 hours later, or even the next day; in some cases, such delay could have direct consequences. Hence, a merchant is faced with a dilemma—to trust a PDF, that might be forged, and send the goods or provide services anyway, or delay the service until funds really hit the account.

A2A payments enable to streamline the cumbersome process, and cut off hours of waiting.

It is no wonder why, for a long time, cards have dominated online commerce. Even though they require a much more elaborate communication mechanism than an A2A payment, it was actually the trust framework, provided by major card issuers and processing centers, that made it so attractive to use.

Card schemes verify that user A has enough funds and instruct the bank to freeze the agreed-upon amount as well as inform User B that they will be deposited into User B’s account. In addition, User A knows that, in case the seller sold something different than was agreed, s/he could get the money back—the dreaded “chargeback”—so user B is kept honest.

Let’s go back to the transaction between User A and B, however, instead of a traditional account-to-account transfer or a card payment, let’s utilize what is called Payment Initiation Service (PIS) in Europe; then, at the checkout page, s/he sees a list of banks rather than fields to input a myriad of payment details.

Once the bank at which User A holds funds is selected, s/he is taken to an authentication page, where login details and authentication is needed. What happens next is the gist of A2A—instead of having to enter details of User B account, User A already sees all details pre-filled, and s/he only needs to verify the payment, which is completed in several seconds.

Since an intermediary—PSP—has guided User A who made a payment, it can confirm to User B that payment has successfully been executed, even if funds have not reached user B account; the same way card schemes do.

Thus, if cards have been working for decades, why the rise of A2A?

From a merchant’s perspective, A2A payments can bring tremendous benefits. First and foremost, they are much cheaper. In comparison, card acquiring will set you off at least 0.85% or more, depending on the deemed risk of your operations, while A2A can cost as little as 0.25 EUR, like a typical bank transaction.

Moreover, depending on the product one is selling, card chargebacks can become truly troublesome. If merchant witnesses a case of fraudulent use of cards, and his/hers ratio of chargeback goes over 1%, the seller will automatically be deemed high-risk by card issuers and get completely different rates—or might lose the ability to collect via cards altogether.

With A2A, fraud is more difficult, as one would need to acquire not only the login to an online banking platform but also to the device used for 2-factor authentication, usually a phone and two passwords—one used for logging in and another one for payment authorization. Some banks might still use SMS for a one-time password, but this is getting rare.

Finally, the speed. A2A is a simple bank transfer and 60% of European PSPs have already joined the SEPA-INST scheme, all banks and building societies in the UK have joined the Faster Payment scheme, which means funds sent via A2A usually arrive in seconds. This means funds are available to merchants quicker and, given how difficult cash management might be for a small business, A2A transfers might help avoid costly credit lines or factoring.

From a consumer’s (User A) perspective, there is not much of a difference. One could argue that this is, in fact, the biggest drawback why A2A payments have not replaced traditional card acquiring. In fact, it would be great to see an account-to-account solution that requires fewer steps than paying with a card, especially with the advent of 3D Secure 2.0, a new authentication protocol for online card payments.

A2A has largely been enabled by banks opening up their infrastructure to fintechs due to Open Banking regimes that called for the right of bank users to share their account information with 3rd parties. But the quality and the methods in which different banks and banking groups are providing access to their bank account holders’ information is incredibly diverse, often complicated, and sometimes—simply does not work.

The second biggest drawback is consumer protection. While traditional card schemes have offered almost unparalleled ability to request your funds back at any hint of dishonesty or simply distaste, one will have to prove fraud, or be at the mercy of the merchant, to get an A2A payment reversed. This is due to the fact that standard bank account payments were built with traditional banking in mind—paying salaries to employees or vendors for commonly used services, e.g. carpet cleaning; not something like herbal pills that help to concentrate or sleep better, from a company in Seychelles.

Future of A2A and the role of PSPs

A2A payments have a few great advantages over traditional card acquiring for merchants, however, there are a few potential risks to consumers that need to be considered; though, from a consumer’s perspective, the process is about the same. Even though A2A transfers are more difficult to exploit by criminals, users will need to cover additional steps if s/he sends funds to a shady merchant of their own will.

To summarize, the future looks bright for A2A payments—the in-the-works integrations that some banks currently have are bound to become more refined, as the myriad of fintech players keep encouraging them to create a more functional flow. Some big banks themselves are starting to offer A2A collections for merchants, as they do not want to see their profits seeping through the holes of open banking directives. There are markets, for instance, the Netherlands, where A2A payments already dominate and make up more than 60% of all online transactions, so it is not a question of if, but rather when.

Once key players saturate the market, A2A will become a commodity payment and PSPs will again need to concentrate on what matters most—easy and personalized customer experience and value-added services to merchants. 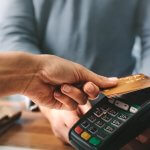