NIESR Director Jonathan Portes provides a general overview, and five articles, each by a recognised expert in the topic, focus on specific aspects of the government’s record:

-Simon Wren-Lewis, Professor of Economics at the University of Oxford, examines macroeconomic policy and performance

-Nicholas Crafts, Professor of Economics at the University of Warwick, looks at supply-side policies and the impact on growth

-Vicky Pryce, Chief Economic Advisor at the Centre of Economics and Business Research, on the productivity puzzle
Rebecca Allen, Reader in the Economics of Education at the UCL Institute for Education, on education policy

The most prominent and controversial economic policy debate during this government has focused on the Coalition’s approach to fiscal policy, and Simon Wren-Lewis ([email protected]) has examined the macroeconomic record.

He draws a clear distinction between structural change and the conduct of macroeconomic policy. The former has clearly been a success, and he suggests possible further extensions of the OBR’s role; the latter largely a failure in economic and political terms, albeit mitigated by a partial change of course in 2012. Wren-Lewis argues that accelerated fiscal consolidation in 2010 was an unnecessary risk which has caused significant damage. He concludes:

“The delay in the UK recovery over the first part of the coalition government’s term is at least in part a result of the government’s fiscal decisions. I have argued that these decisions were a mistake… It will be many years before we can settle on a figure for the total cost of that mistake, but measured against the scale of how much governments can influence the welfare of its citizens in peace time, it is likely to be a large cost.”

Nick Crafts ([email protected]) attempts to explain the UK’s poor growth performance from a supply-side perspective. He argues that policy has not deviated significantly from the pre-crisis path. Sensible policies have largely been continued and in some places extended (as with competition and innovation policies). In some areas like land-use there have been much-needed improvements – although still not matching either the rhetoric or the scale of the problem. On the downside, Crafts argues infrastructure policy remains disappointing while immigration policy has become more restrictive. Overall, he concludes,

“changes in policy under the Coalition government are unlikely to have made a big difference to growth potential. On the one hand, this means opportunities for radical reform have been ignored; on the other hand, there has been no repeat of the 1930s’ debacle.”

If there has been no major structural break, what explains the unprecedented weakness in productivity since the onset of the crisis? Vicky Pryce ([email protected]) examines the potential explanations for the UK’s ‘productivity puzzle’ and concludes that while it remains just that – a puzzle – most of the explanations point to the demand side, and in particular an increase in risk aversion with businesses reluctant to invest and workers reluctant to seek higher pay or take the risk of moving jobs. This is a result of both the international environment (in particular the Eurozone problems) and domestic policy.

While Pryce is slightly more negative than Crafts about the government’s record, they broadly agree that the appropriate policy direction requires a call for a stable framework allowing an increase in growth-enhancing capital investment, and hence in productivity and real wages.

Rebecca Allen ([email protected]) notes that while education reform was very much seen as conceived and driven by one single individual – Michael Gove – there were nevertheless two important and still unresolved contradictions at its (and, implicitly, his) heart.

The first was that between a desire to pursue a “well-evidenced and moderate approach to reforming the education system” (in large part representing an intensification of the previous government’s approach) and an attitude to teachers and the broader education system which she describes as “publicly humiliating”.

The second was between a market-oriented approach to educational improvement (with competition, choice, exit and entry) and the centralising tendencies exemplified in a desire to impose a ‘traditional’ curriculum. She concludes that while the broad direction of structural reform is likely to continue, some elements of planning (in respect of school places and the teacher workforce) will have to be reintroduced or reinvented.

Declan Gaffney ([email protected]) examines another set of reforms that were also largely driven by one Secretary of State. Although Iain Duncan Smith’s programme is often perceived as a seamless whole, Gaffney distinguishes between three strands or objectives: continuity, retrenchment and reform.

He notes continuity in lone parent and disability benefits, where the key changes were either planned by the previous government or obvious developments of the existing policy direction. This strand has yielded two very contrasting outcomes. The extension of worksearch obligations to single parents with youngest children aged five has increased employment and lowered numbers on benefits, and therefore saved money. By contrast the reassessment of incapacity benefit claimants has been an unmitigated disaster for claimants and taxpayers.

Gaffney also sees retrenchment, largely driven by Treasury requirements for expenditure reductions. While aggregate spending has not fallen, there have been significant reductions in some areas. Further cuts will be harder.

The third strand is one of reform, in particular of Universal Credit which faced and failed to meet a formidable technical challenge. Most of its objectives could have been met with much less ambitious modifications to the existing system, resulting predictably into an unnecessary debacle. 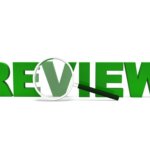