Unite condemned the increasing number of employment agencies and payroll companies involved in what it branded a ‘legalised wages con-trick’.

Since the Westminster government’s finance bill ushered in changes to legislation on self-employment in 2014, umbrella companies have emerged as a way of circumventing tax laws. Rather than using PAYE there has been a mass move to pay workers via these companies which charge for their services.

This has left construction workers badly out of pocket; forced to stump up for the cost of processing wages, and paying employers’ national insurance contributions as well as their own (often totalling as much as 25 per cent of their wages).

The motion titled: ‘The umbrella company contract scam’, (see notes for text) will be debated at 17:00 – there will be a lobby by construction workers at the Scottish parliament an hour earlier at 16:00.

Pat Rafferty, Unite Scottish secretary, commented: “Umbrella companies exploit construction workers pure and simple and that must be stopped. The Westminster government has left these workers in an intolerable situation forced to operate via umbrella companies and no longer considered self-employed.

“In some cases workers now earn less than the minimum wage as a result of these practices. Many have found themselves on zero hour contracts, with no guaranteed employment but unable to work elsewhere because of exclusivity clauses.

“Let’s be clear these arrangements hit morale and productivity and have a negative impact on tax revenues – something the Treasury needs to wake up to.

“I congratulate Neil Findlay for bringing this debate before the Scottish parliament. We call on ministers at Holyrood and Westminster alike to use their powers to put an end to this scandal and give construction workers the fair deal they deserve.” 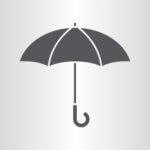