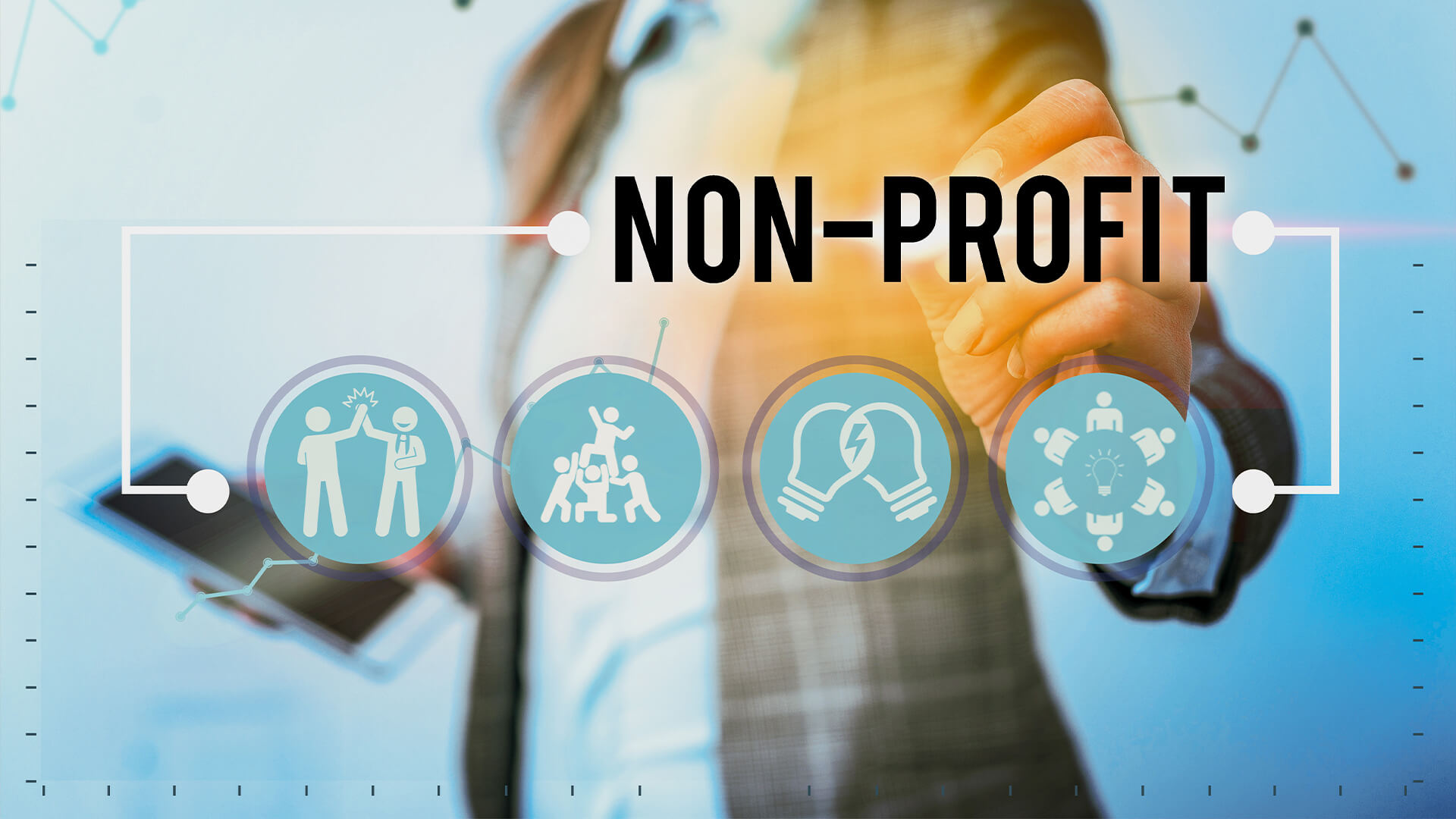 The arts are a powerful way to send a message – music, literature, theatre, fine-art, and more, are consumed by people daily. Puffin Foundation West is a non-profit funding organisation that supports cultural and artistic projects, such as prison choirs, dance performances, and the provision of instruments to school children. In operation since 2010, Puffin Foundation West has contributed in abundance to the betterment of society – and it only plans to continue.

The world – especially in recent years – has become an increasingly difficult place to live in. Tactics employed by the divisive media, politics, and financial status have caused a rupture in society, leading to intolerance, hate, and anxiety rearing their heads. However, the world isn’t all like this. Indeed, beneath the vitriol spewed on social media, the fake news, and instability, there is hope. There are people across the globe who are pushing for the betterment of society, who hope to reintroduce community, care, and positivity back into towns and cities.

Each year, Puffin Foundation West, LTD, a conduit foundation, supplies grants to a range of non-profit applicants. Opening its doors decades ago, the organisation has aided thousands of non-profit organisations in making an impact in driving society towards an enlightened and more peaceful place to live and grow. In essence, Puffin Foundation West embodies hope. Through its work, it is trying to lift people from despair, hunger, fear, homelessness, violence, loneliness, and evils like bullying, ageism, racism, and the many issues that are epidemic in the USA.

Specialising in the arts, Puffin West Foundation focuses primarily upon non-profits that spawn a discussion. Moreover, the organisation opts to deliver grassroots grant awards to non-profits whose purpose is to reach across biases and create dialogues that are peaceably transforming, educational, and forward-thinking. It believes that the arts are a universal language through which change can be implemented, biases can be challenged, and repressed narratives can be heard without interruption. As such, through focusing on this area, Puffin West Foundation is aiding the most marginalised groups in society – allowing them to establish or amplify their own voice. The stories of those who have faced discrimination, violence, and repression deserve to be told.

This is, essentially, what Puffin West Foundation’s mission encompasses. It actively works against the ideas formed by social media, the news, and biases, to rebuild or create new connections between communities. Java Kitrick, the organisation’s director, describes this connection as ‘rainbow-colored fabrics that [bind] us all together.’ Such ideas, over the years, have torn these fabrics apart. Consequently, Puffin West Foundation serves as an egalitarian organisation, believing that in order to move forward, it is imperative for history, culture, and traditions to be shared peacefully, with respect, and without judgement.

In turn, it cannot be an organisation that supports handgun violence, rioting, terrorism, destruction of private property, and gross intolerance. These elements fundamentally go against everything that the company stands for – Puffin Foundation West firmly believes that each upcoming generation should harbour an understanding that oppressing people – no matter their race, gender, or age – is inherently wrong. This believe is abundantly clear throughout the organisation’s work.

When Puffin Foundation West receives an application, it pictures the people that the grant will serve and how its grassroots granting can help. Every application is thoroughly analysed – with both the pros and the cons coming into consideration – prior to their acceptance. Be it a typed document, or a handwritten note in crayon, Puffin Foundation West takes each application seriously. As Java Kitrick states, ‘we are NOT the National Endowment for the ARTS.’ Everyone’s goals, dreams, and ambitions are taken seriously – ‘We have railroaded over the cliff as a people, as people forgot that we all once had a DREAM.’

As a result, Puffin Foundation West’s portfolio is highly diverse, and filled with important organisations. One leading example is that of Photo Voice, a non-profit organisation that originates in the United Kingdom, which gives cameras to particular groups to record their stories. Puffin Foundation West provided the organisation with a grant that enabled the provision of cameras to a number of trafficked young women, which resulted in the women documenting their lives over the course of a few weeks. The project resulted in the arrest of one woman, and many of these photos – with permission – were exhibited in a gallery.

A young girl, aged only 14, was sat on the steps to her house when she witnessed a fatal drive-by shooting. Her school came together and decided to clean up the area, removing litter, and making the street habitable for its residents. In the grand scheme of things, this was a small action; however, it had a notable, positive impact on the street’s residents. Puffin Foundation West was contacted by the local neighbourhood centre who asked for a grant to hire a sculptor. The artist created a wire-mesh, life-sized sculpture of a native, wild buffalo, within which, the garbage collected was placed. This sculpture is one of three in the city that Puffin Foundation West has funded.

In addition, Puffin Foundation West has had a great amount of experience contributing to prison-oriented projects. It is undisputed that the United States’ legal system is flawed – according to the Prison Policy Initiative, the US has the highest incarceration rate of any country in the world. This is further supported by Statista’s research that shows that as of May 2021, the United States had the highest prisoner rate, with 639 prisoners per 100,000 of the national population. In 2020, 2.12 million people were held in American prisons – in comparison, China’s prison population reached an estimated 1.71 million people that year.

A significant project that Puffin Foundation West funded was centred around former inmates that faced homelessness. The ex-inmates were brought together via a theatre organisation that allowed each man to tell their stories within the framework of a play – not only is this cathartic, but it also provides them with support that they may not have elsewhere. They build skills creating set pieces, lighting, sound, and costumes, and are provided with the opportunity to take part in a performance for a paying audience.

Furthermore, Puffin Foundation West has funded a similar organisation that goes into prisons and establishes choirs. This project was exceptionally beneficial, as music is known to have a great effect on the psyche and is often used as a from of therapy. Cleveland Clinic confirms that music therapy displays a positive impact psychologically, emotionally, physically, spiritually, cognitively, and socially. It has been shown to improve memory, lower blood pressure, enhance self-regulation, and much more. Additionally, Puffin Foundation West has worked on a project that focuses on dance – the inmates are encouraged to express their emotions through movement, but they are not allowed to touch.

Puffin Foundation West’s most recent venture comes in the form of the 5050USA project, which has been designed to start a virtual movement across the United States. Inspired by the AIDS Memorial Quilt, a project that began in 1985 and has culminated in a 54-ton tapestry that includes nearly 50,000 panels dedicated to more than 110,000 individuals. The 5050USA project hopes to have a similar impact.

‘We want to show the world that the American flag is not just a symbol. Instead, we are a UNITED people who are loving, stalwart, caring, compassionate, empathetic, have integrity, are loving and we are kind. We have forgiveness, respect, we are thoughtful and considerate, responsible, devoted, friendly, warm, and sympathetic, concerned, reverent, faithful, and so on. We are sure you can come up your own words that demonstrate our wonderful qualities as egalitarian people through 50 million stories, be they long or short, drawn or photographed,’ writes Java Kitrick in the projects mission statement.

The 5050USA project hopes to cultivate a virtual highway that displays positivity, radiating the positive aspects of life across the United States. Additions must be written respectfully; however, they do not need to include names. Simply, all the writers must include is where they are from, be it north, south, east, or west, and share positive news or stories. Java finishes the mission statement by exclaiming that there is ‘strength in numbers.’

Java Kitrick has been mentioned numerous times throughout this article, but who is the woman behind the organisation? Establishing the foundation in 2010, Java strives to integrate the arts into communities, with the overall aim to bolster the conversations surrounding social issues. She is hugely passionate about the organisations cause and has devoted herself to furthering Puffin Foundation West’s work.

In 2019, Finances Online writes, nine organisations from the top non-profits in the US reported investment incomes of more than $100 million. Yet most non-profits do not see this type of income – for example, Puffin Foundation West possesses a corpus of $5 million. Statistics published by The NonProfit Times shows that across the top 100 non-profits in the United States, public donations contributed to approximately $44.6 billion in income. Considering that there are over 1.8 million non-profit organizations in the US, this is a great amount of income for a small handful of charities.

Henceforth, this emphasises the need for organisations such as Puffin Foundation West. The organisation provides non-profits that fly under the radar or receive limited public funding to fulfil their important work. Indeed, it reduces the financial burden on smaller non-profits, allowing them to freely contribute to the communities within which they operate. Puffin Foundation West’s work is vital. The importance of the organisation’s work was further emphasised by the impact of the Covid-19 pandemic.

The Covid-19 pandemic had an enormous impact across a multitude of industries, forcing many to temporarily – or in some cases, permanently – close their doors. The charitable sector around the globe was shaken by the turbulent period. CAF America conducted a study documenting the Covid-19 crisis’ ramifications across 544 organisations throughout 93 countries, and its findings were telling. 94.84% of the contributors stated that there was an immediate impact on their organisations when restrictions were introduced, which is backed by 96.50% of respondents agreeing that Covid-19 had negative consequences for their organisation.

Financial security was an overwhelming challenge for the organisations, with 97.4% projecting a decrease in their funding between March 2020 and 2021. This was, perhaps, an inevitability considering the redistribution of government funding and the priorities of individuals changing. 41% of the respondents expected their funding to drop more than 21%, with a select few organisations forecasting alarming rates of reduced funding by as much as 50%, 70%, or even 100%. 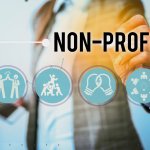