Advisers are largely optimistic about the proposed savings and pension reforms and the advisory market in general, according to the latest Adviser Barometer from Aviva. A growth in the number of customers receiving advice, together with an increase in adviser firms looking to hire new staff provides clear signs of positivity in the market.

The study of more than 1,500 advisers found that almost two thirds (64%) claim to have seen an increase in the size of their “active” client base, which is a significant increase from 28% in September 2013. The bulk of their clients are new to the market (43%) rather than former clients of other advisers (34%). There also appears to be potential for growth in the size of adviser firms, with 35% of advisers expecting to hire new staff in the next year, and only a small minority (4%) thinking of leaving the industry.

The majority (86%) of advisers think the proposed package of savings and pension reforms will have a positive effect on the advice market, and almost a half (46%) say they are likely to offer a broader range of products to their customers. At least four out of five advisers predict they will see an increase in demand for advice amongst those aged 55 and over.

However, regulatory fees and levies remain the biggest concerns for the largest proportion of advisers (48%), with professional indemnity costs (43%) and ‘remaining profitable’ (42%) running close behind.

Andy Beswick, Aviva’s intermediary director, retirement solutions, said: “After the retail distribution review (RDR), the savings and pension reforms announced at this year’s budget are the biggest change to happen in the advice market in recent years and this has presented advisers with some interesting opportunities.

“What our research has identified is a clear shift in advisers’ attitude in the last six months. There appears to be an upturn in the number of advisers joining the market, growth in the number of ‘active’ clients being serviced, and a real expectation that there will be an increase in demand for advice amongst those in the over 55 age group. A growing number of advisers are already looking to broaden their range of services to meet their customers’ changing needs in this new era.

“Clearly, advisers still have concerns about regulatory fees and levies, but despite this the results of the latest survey show the most optimistic picture for the advisory market since we started tracking adviser opinions in 2009.
“Aviva has a key role to play in supporting advisers and we will continue to deliver practical solutions and support to help advisers take advantage of these new opportunities.” 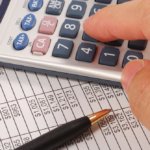