Mark Schneider Elected to DuPont Board of Directors

DuPont today announced the election of Ulf M. “Mark” Schneider, President and CEO of Fresenius SE & Co. KGaA to its board of directors, effective 22 October.

“Mark leads a significant global healthcare business and brings strong operating and international experience, including valuable perspective in emerging markets,” said DuPont Chair and Chief Executive Officer Ellen Kullman. “He will be a strong asset to DuPont as we continue to advance our strategy and bring the strength of our science to bear on some of the world’s most pressing challenges.”

Schneider, 48, has served since 2003 as President and CEO for Fresenius SE & Co. KGaA, a diversified global health care group, with US$27.0bn in revenue in 2013. Fresenius operates in approximately 100 countries and specialises in lifesaving medicines and technologies for dialysis, clinical nutrition, infusion and transfusion.

Schneider graduated from the University of St. Gallen in Switzerland, where he also received a doctoral degree in Economics, and earned his MBA from Harvard Business School. 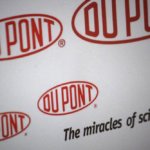