Many Indians unconvinced about benefits of mutual funds

Assets under management (AUM) in India grew by a healthy 9.2% year-on-year in 2013 to hit Rs 8.1 trillion (£78 billion). While this headline data may appear healthy, structural cracks are evident when the data is broken down, according to findings published in the Cerulli Edge periodical’s Asian Monthly Product Trends Edition.

Corporates continued to be the main buyers of mutual funds, accounting for 49.2% of AUM as at end-September 2013. They mainly invest in money market funds and debt funds-together they accounted for more than three-quarters of AUM in the market in 2013.

After corporates, high-net-worth individuals (HNWI) accounted for 28.1% of mutual fund AUM at end-September 2013.

Industry leaders like the Securities and Exchange Board of India and the Association of Mutual Funds in India are conscious of the fall in retail participation, and concerted efforts are being made to revive retail investor interest in mutual funds.

But the process will be a long-drawn one. “Many Indians remain unconvinced about the benefits of investing in mutual funds,” says Yoon Ng, Asia Research Director with Cerulli Associates, the research firm which publishes the Cerulli Edge.

“This means that comprehensive investor education initiatives, including winning back investor confidence and trust, have to be part of the process to gather more assets,” she adds. 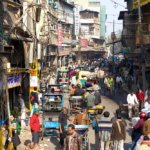