“The Treasury’s promise in last year’s Autumn Statement of a simplified tax allowance to encourage new investment must be delivered by Budget 2015 if it is to have any impact. However, with the continued falling and potentially sustained low oil price, this is no longer enough.

“We are encouraged to see a growing political and industry consensus around the now pressing need for more fundamental and urgent changes to the tax regime.With a significant amount of UK oil and gas production not even covering costs at a $50 oil price, the industry cannot carry the burden of a tax rate between 60 and 80 per cent.

“The credible and reasonable response for the Chancellor in his upcoming Budget, assuming the oil price has not recovered by then, is the abolition of the 30 per cent supplementary charge on corporation tax, which was introduced and then increased in direct response to rising oil prices, most recently in 2011. This would still leave oil and gas producers paying corporation tax at 30 per cent, a tax rate 50 per cent higher than the rest of British industry.

“In parallel, the Oil and Gas Authority must be rapidly resourced with the right capability and capacity to swiftly implement the recommendations of the Wood Review. The industry is resolutely focused on tackling the cost and efficiency challenge it faces to improve the competitiveness of North Sea operations. Oil & Gas UK is committed to playing a constructive part in this important process of reform and looks forward to working with governments and stakeholders to that end.” 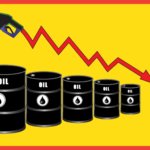