Penney Frohling, Partner in Financial Services at EY, commenting on the Payments Council’s six-month results for the new Current Account Switch Service, says: “EY’s Global Consumer Banking Survey found fees to be the main catalyst behind people switching banks in the UK, followed distantly by the experience they had received. With customers willing to shop around to find the lowest fees and to avoid high charges and interest on their overdraft, banks need to compete on the services they are offering, and make sure that they are not being under-cut by competitors who are providing interest-free overdrafts and better rewards or loyalty packages.

“But banks can’t be complacent about customer service. The survey found a 50% increase in disgruntled customers who intend to close an account in the next 12 months. People who are left unsatisfied with how their banking problems have been dealt with are a serious retention risk.”

Omar Ali, UK banking and capital markets leader, commenting specifically on competition in UK banking, adds: “The number of people switching banks has doubled since the new legislation was introduced. More people than ever are aware they have the option to switch if they are unsatisfied with their current provider, and as awareness grows, it can only be expected that this trend will continue. However, it is not having the material impact on the market share of the top four high street banks that Government hoped for. Rather, the majority of switches are from one of the major incumbents to another.

“In order to compete effectively with existing providers, new entrant banks will either need to innovate; taking a specific area of the market and creating substantial change to the traditional model, or they will need a compelling proposition on fees and better service quality than existing providers.

“The fact that core banking services are ultimately still seen as free in the UK is also a barrier to open and fair competition between the large established players and new entrants. In most consumer markets price is one of the key drivers of effective competition. How can you compete on price when the customer thinks the service they are getting is free? Greater transparency on pricing and charges for core banking services in the UK would help to open the market up and in many cases make banking fairer for the consumer.” 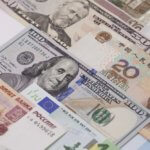