AECOM, the global integrated infrastructure services company, today published its manifesto for the London City Region entitled “Big, Bold, Global, Connected-London 2065”, which sets out ideas for the long-term growth of the city and wider South East region, and contributes to the wider debate on housing, economy and infrastructure. The manifesto warns that London’s status as a leading global city is under threat and calls for a collaborative, region-wide approach to tackle major challenges in housing, infrastructure, transport and planning.

AECOM’s manifesto calls for a new vision of the city as the London City Region, which looks beyond the 50-year-old boundaries of Greater London to ensure that London and the UK retain their position as a global leader.
The London City Region, broadly an area within 90 kilometres, or one hour’s commute, of central London, is now home to more than 20 million people and is expected to grow to 30 million by 2065. AECOM calculates that the growth in the London Region’s population will lead to a shortfall of one million homes by 2036 unless new sites are found and building is accelerated.

With around one million people commuting into and out of London every day, strong economic links between industrial and learning ‘clusters’ both within and beyond the capital are essential. Jobs will be created in one area and homes needed in different and often distant districts. Addressing the housing shortfall therefore needs region-wide collaboration and vision.

The drivers affecting change are not just local. London is at risk of losing its competitive position within the next 50 years compared with Dubai, Shanghai and other emerging global mega-cities that, unlike London, are not burdened with ageing infrastructure, some of which dates back more than 150 years.

UK could lose out in global competition for talent

Many of the world’s emerging mega-cities that compete with London for talent have bold visions and buoyant economies that will entice leading global companies to relocate. Living standards and quality of life, as well as modern transport infrastructure, will tempt a mobile and highly skilled workforce from the UK.

By the mid-2020s, nearly half of the world’s leading companies will be based in emerging regions, compared to one-fifth today. In 10 years’ time, Asia will be home for nearly two-thirds of the global middle class, compared to one-third today. These mega-cities will compete with London for trade and talent, as the global map of influence shifts away from the London-New York City axis.

Looking to these diverse and long-term challenges, the manifesto calls for the creation of a wide-ranging London City Region Board – encompassing government, local authorities, developers, communities and infrastructure providers – to take a co-ordinated approach to address the multiple challenges in infrastructure, planning and transport, as well as a growing housing crisis.

Andrew Jones, who led the development of the manifesto and is AECOM’s UK leader for design, planning & economics, said:

“We need to think differently about London – not just as a city, but as a city region if we are to meet the multiple challenges to infrastructure, planning, transport and housing that are crucial to London’s competitiveness and quality of life.

“Over two centuries, the governance structure in London and South East England has adapted to the challenges of larger, more complex urbanisation. Today, a rethink is needed – it is time for a fresh vision and approach that goes beyond traditional boundaries. While many of the pressures on London have been actively debated and initiatives outlined, we believe there has been a lack of joined-up thinking.

“Today we are calling for the creation of a new body spanning the public and private sectors, which will create a coherent regional growth strategy. The future, long-term success of London and the wider London City Region depends on the decisions taken in the next Parliament.

“Our manifesto identifies 10 actions to meet the challenges, as there is no single solution to meeting housing demand and achieving balanced economic growth. It is critical that within the next five years real progress is made to deliver region-wide collaboration, planning and delivery.”

The Mayor’s Infrastructure Plan to 2050 and London First/London LEP’s Economic Plan begin to frame the debate, but this picture needs to be combined with a complementary approach to planning that goes beyond the current boundaries of London. It also needs a long-term horizon – looking 50 years ahead to 2065. Whilst we welcome many of these proposals, including George Osborne and Boris Johnson’s recently announced long-term economic plan for London which demonstrates commitment both at city level and nationally, they do not adequately address the challenges in a broader context. For each of these initiatives, the scope stops at the edge of Greater London – a boundary conceived 50 years ago and no longer reflective of the scale and reach of the London economy.

Partnership approach and refreshed system of governance is needed

AECOM’s manifesto calls for a refreshed system of governance in which government, local authorities, developers, communities and infrastructure providers think at the scale and with the ambition that London needs. A bold, integrated approach to regional growth is required that recognises the interdependent relationship between London and its region.
The current ‘Duty to Co-operate’ across local authority boundaries does not work. Delivering growth in the London City Region requires a more joined-up approach to implementation, which involves the public and private sector working in partnership in order to manage the pace of change that is forecast.

The approach needs to balance local decision-making and influence within a framework capable of creating and implementing an integrated spatial London City Region plan. The forecast population and economic growth, together with a redefined position amongst global cities, provide the opportunity for London’s – and the UK’s – future success. But this will only be effective if stakeholders coordinate strategic planning and growth at the London City Region scale.
Boundary reform may play a part in the solution, particularly for those districts that are functionally and culturally connected to the capital, but the call is to join up more widely. 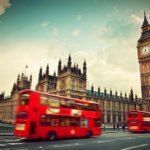