Despite London firms’ optimism about the economy having soared to its highest level since the end of 2010, there is increasing concern about the negative impact of housing costs and the lack of good quality affordable housing, according to the latest CBI/KPMG London Business Survey.

The latest quarterly survey of 154 London business leaders shows that 70% of firms are more optimistic about the prospects for the economy in the next six months, 44% higher than last year. 51% of respondents are optimistic about their own business prospects, which has been consistent for the past ten months. More than half of London firms (56%) are continuing to increase their headcount, with only 18% maintaining a recruitment freeze. The number of businesses hiring only where essential has fallen from 70% last year to 59% in this survey.

But one of the biggest threats to competitiveness is the cost of housing in the capital. A quarter of those surveyed highlighted it as a risk to London’s ongoing competitiveness compared to other world cities and the second biggest threat to international competiveness, after the general cost of doing business.

The vast majority of London businesses surveyed (83%) feel that there is a lack of good quality affordable housing in the city, with half (48%) saying that this has increased their costs. Two-thirds of respondents (61%) list housing costs and availability as having a negative impact on recruitment of entry level staff, with half of respondents saying the same thing for mid-level managerial employees and a quarter (23%) for senior staff.

Firms highlighted various other negative effects on business growth, with 42% saying that they are having to pay a premium to attract and retain staff, 41% claiming they have experienced issues with people being unable to afford to live in the local area and 24% saying employees were having to move away from the local area because off housing costs and therefore having to leave their job.

The majority of firms said they had not considered relocating their company because of high housing costs but a worrying 16% said they had.

Sara Parker, CBI Director London, said: “As growth begins to bed down London firms are feeling increasingly optimistic, taking on new employees and planning to expand over the next year. But the lack of affordable quality housing is becoming a real headache for London’s businesses and their employees.”

Richard Reid, London Chairman of KPMG, said the housing crisis in the capital is starting to have a serious impact on businesses, especially SMEs who cannot afford to inflate wages in order to keep up with the runaway housing market. “Our small and start up business community is essential to keeping the Capital dynamic and innovative, attracting foreign investment to London,” said Reid, “but as the average income of people purchasing their first property is now £47,000 – it is simply beyond the balance sheets of most small businesses and the pockets of their employees.”

Two-thirds of respondents (64%) plan to expand their businesses over the next year, down slightly from 73% six months ago. Of those looking to expand 62% are looking to do so in London and outside the UK. 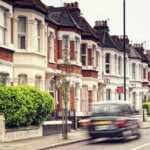