‘At a cross-roads: understanding the future likelihood of low incomes in old age’ outlines the think-tank’s requirements for a new strategy which would help ensure elderly people are not left impoverished in later life.

The International Longevity Centre UK has stated that they believe without any long term political plans for later life funding ‘recent successes in poverty reduction at older ages could be reduced to a footnote in history’.

The Westminster based, independent think-tank, uses the paper to offer the Government points which they feel are vital to a new later life funding strategy, which include: policies to secure effective funding for adult social care, support of policies which will extend working lives and innovation in the equity release market.

The report, which is the first publication by The Centre for Later Life Funding, which is a new subsidiary body of the ILC UK, also argues for the implementation of the Dilnot adult social care funding reforms, named after Andrew Dilnot, the economist who created the reforms. Dilnot proposes a series of reforms to the current state of funding for adult care,
which would increase the cost of care in England by £1.7 million and include capping lifetime individual contributions to care at £35,000 and creating a national system of assessment and eligibility.

Chief Executive of the ILC UK, Baroness Sally Greengross used her statement on the paper to project the idea that the
situation is very precarious. ‘We are at a cross roads. There has been undoubted progress in reducing pensioner poverty, particularly at older ages, but we must guard against complacency. Continuing reductions to social care
budgets could lead to ever rising levels of unmet need and thereby greater deprivation amongst the oldest old. Not all babyboomers are wealthy and the pension freedoms alongside an over reliance on housing wealth poses risks to
future retirement incomes. For tomorrow’s pensioners, there is a huge question about whether they will be able to depend on the state to provide adequate levels of support given the rising fiscal pressures of supporting an ageing
population.’ 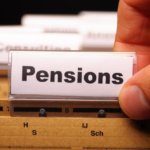