David Burlison replaces Philip Davidson, who has taken up a new role as KPMG International Chief Operating Officer, while Mark Firmin takes over the role as UK Head of Restructuring from Richard Fleming, who has led the team since 2008 alongside his primary role as KPMG’s UK Head of Advisory.

David Burlison was appointed partner in 2004, specialising in advising both companies and stakeholders on large and complex cross-border restructurings. It was his experience in these areas that provided the foundation to work alongside Philip Davidson, co-leading one of the world’s largest ever restructurings in Dubai.

David then joined KPMG in the UAE to establish a permanent restructuring practice there. For the last two years, David has acted as principal in a series of multi-billion dollar restructurings, as well as co-managing a significant investment fund. He has now returned to the UK, where he will combine his new role as global head with leading the development of the firm’s company-side restructuring practice in the UK, encompassing its debtor financial restructuring capability, Chief Restructuring Officer offering and distressed debt advisory function.

Commenting on his appointment, David Burlison, global head of restructuring, said: “’I am delighted to take over the global restructuring role from Philip Davidson and look forward to the challenge. The last five years in the Middle East where I have been involved with restructurings covering a range of regions from South East Asia, Africa, Europe and North America, and also dealing with investors and lenders from across the globe, has highlighted the importance to me of a truly joined up global restructuring practice. Combining our local knowledge with our international capabilities and network enables us to differentiate ourselves in the market, and deliver what our clients expect from a global firm such as KPMG.”

During his career, Mark has advised a wide variety of stressed and distressed companies and their stakeholders. His clients range from specialist lending teams in all the main clearing banks, other large financial institutions and major PLCs to the boards of small owner managed businesses. As a licensed insolvency practitioner, Mark has also led many insolvency appointments over the years and has consequently run companies operating across a wide variety of sectors.

Mark Firmin, Head of Restructuring for KPMG in the UK, said: “I am delighted to be taking over the reins of our UK Restructuring practice from Richard Fleming at this pivotal point in the economic cycle. Over the years, we have developed a highly skilled and experienced team of people who, in conjunction with specialists from the wider KPMG firm, have been hugely successful at helping businesses and their stakeholders navigate through periods of stress and distress. I’m excited and proud to be leading such a high performing team into the next economic cycle and look forward to the challenges ahead.” 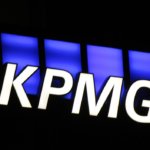