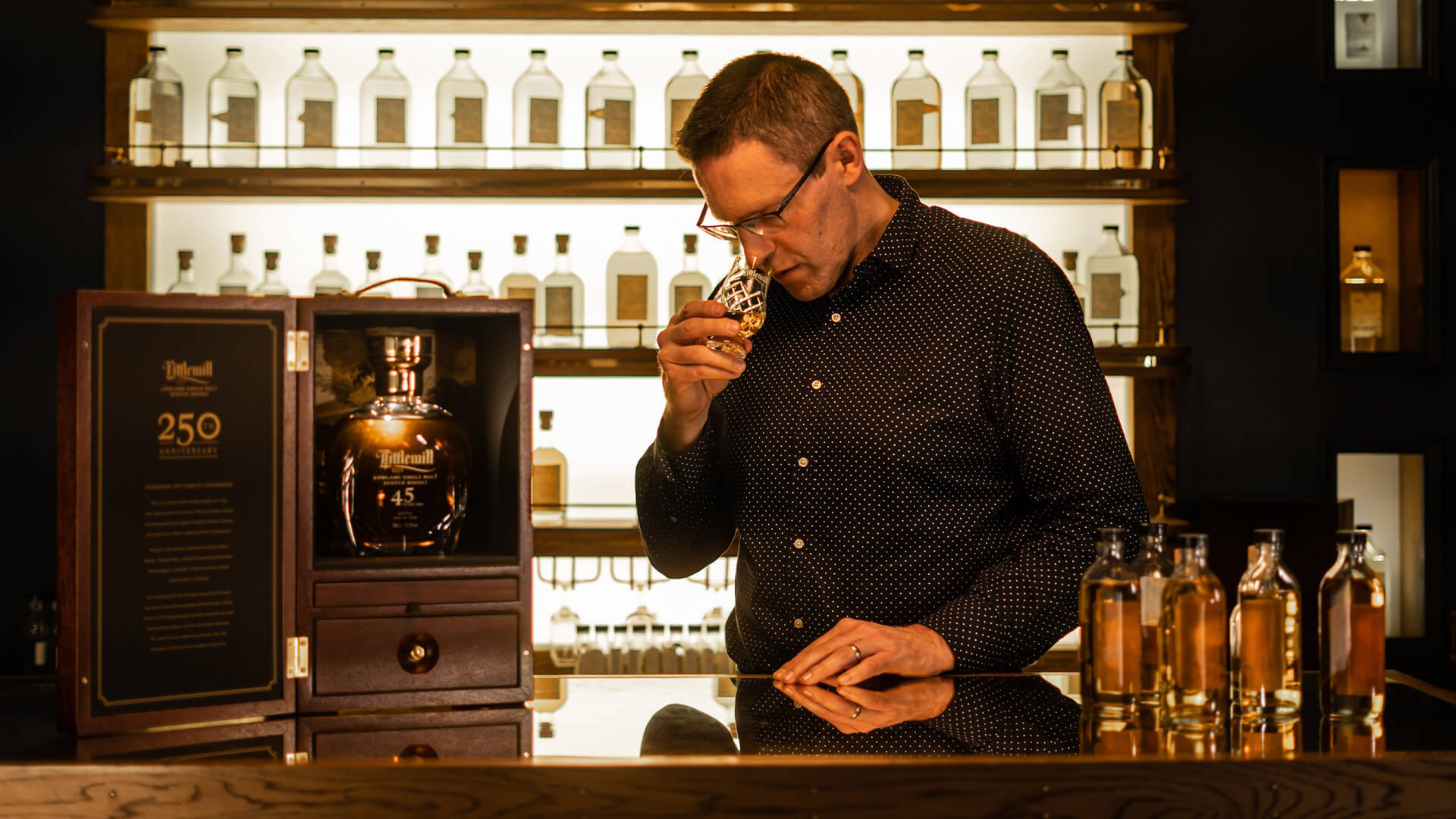 Founded in 1772 in Bowling, West Dunbartonshire, the distillery was lost to a fire in 2004 and since then, Master Blender of Loch Lomond Group, Michael Henry, has held guardianship of the last remaining rare casks, drawing on the limited reserves for the Littlemill 250th Anniversary Release.

Released on 22nd August, it will be its oldest age statement to date with only 250 individually numbered bottles available worldwide, priced at £9,500.

To mark its historic milestone, Littlemill has collaborated with Stefan Sappert to honour two monumental moments in time – the establishment of Littlemill and its innovators who shaped whisky production, and the development of photography – both occurring in the 1700s; two artforms connected by their ability to capture a moment and transport us to the past.

Stefan has worked with Michael Henry – a kindred spirit and skilled craftsman – to create an exclusive collectable for the Littlemill 250th Anniversary Release, giving custodians the rare chance to own a piece of the lost distillery’s legacy.

The liquid has been taken from a single distillation on 4th October 1976. It was re-casked in 1996 into American oak Hogsheads, before maturing in first-fill Oloroso sherry hogsheads for a final six months before bottling.

In homage to Stefan and his process, the Littlemill 250th cabinet draws inspiration from a Victorian bellows camera box with a traditional lens, designed by Morans Wood Components and Scottish crystal studio Glencairn Crystal. Inside, each handblown crystal decanter, also by Glencairn Crystal, has been inspired by a camera aperture and is topped with an impressive, hand-turned and finished gold-plated collar and stopper which notes special milestone years from Littlemill’s history.

As part of the global collaboration, Stefan has manufactured 250 silver on black glass photographic plates. Nestled in a drawer under the decanter, it recaptures an image of the River Clyde close to Littlemill’s doorsteps. Each individually numbered plate is visibly unique and exclusive to its new owner, bearing Stefan’s signature and fingerprints on the reverse.

Dunbartonshire was historically the largest Scottish glass producer of the era, and the raw beauty of each plate perfectly captures that of Littlemill’s spiritual home.

Michael Henry, Master Blender of Loch Lomond Group, said: “Littlemill was lost before its contribution to whisky could ever be fully acknowledged and applauded. However, we are lucky to have the remaining few casks under our care, a stone’s throw from where the original distillery once stood, and it felt only right to mark this significant milestone with a very special limited release.

“Distilled in 1976 and double distilled in Littlemill’s bespoke straight neck pot stills which were designed to give a triple distillation style character, this is a lowland single malt whisky of exceptional character. In keeping with our records of how Littlemill was treated, I have given the liquid a final six-month finish in first-fill Oloroso sherry hogsheads. You can taste the history in every precious drop, from elderflower, chamomile and lemon zest, to the silk-like creme caramel and tart green apple, and the warming ginger and cinnamon spice finish.

“Our partnership with Stefan has allowed us to explore the meeting of our crafts, both of which preserve and revive the past. I have hugely enjoyed sharing our passion, patience, and respect for tradition. His artistry and our remarkable liquid have combined to make something incredible for collectors. It is a true privilege to be part of Littlemill’s final legacy and we are so excited to be offering 250 custodians the opportunity to own this rare piece of whisky history.”

Stefan Sappert, Photographer, said: “The art of whisky-making is fascinating. Like wet plate photography, it captures a moment that requires an equal amount of patience, dedication, passion, and most importantly, time.

“My work uses one of the oldest photographic processes that links directly to the 1770s, where the basis of creating permanent photographs was discovered and when Littlemill was founded. I work with an old wooden camera and a historic lens that is over 160 years old. The result is not just a digital image, but a genuine piece of art.”

Research into the history of Littlemill and its connections with photography was supported by The Royal Photographic Society, one of the world’s oldest photography communities.

Dr Michael Pritchard FRPS, Director of Education at The Royal Photographic Society, added: “The history of photography is interwoven with such meaningful moments from the past. It captures the imagination and solidifies a moment in time. It has been wonderful to play a part in this project and explore the connections and shared milestones between photography and whisky in celebration of Littlemill’s remarkable 250th anniversary.”

Non-chill filtered and bottled at its natural colour and natural strength of 41.8% ABV, the Littlemill 250th-anniversary release will be available for purchase via enquiry through the Littlemill website (www.littlemilldistillery.com/) and other specialised retailers.

Photography and video assets can be found here: https://we.tl/t-bIn4cVmgmq 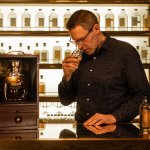