The company had a number of excuses for the reasons why. However it is mainly due to the fact that there is just too much of it’s stock sitting in stores – unsold. Especially the new Keurig 2.0 Model.

“We do have some headwinds,” said Chief Financial Officer Fran Rathke on a call with analysts.

Investors are withdrawing substantially. Stocks in Keurig (GMCR) fell 10% on thursday after the markets opened for trade. Overall this year their stocks are down by 25%. This must have come as a big shock for the company as it was previously one of the most desirable stocks in 2013 and 2014 with over $1 billion in sales.

Brian Kelley, CEO, assures consumers that he is listening and promises that the changes will be made. One of the biggest problems consumers have is that the 2.0 model only allows branded coffee from Keurig to be brewed. He also said “Quite honestly, we were wrong. We underestimated the passion the consumer had for this,” on a call with analysts on Wednesday.

For the future Keurig plans to bring back the ‘My K-Cup’ accessory that allows other brands to be brewed in the machine. It is also working to launch the Keurig KOLD system in the fall, which it hopes will drastically change how people consume cold beverages in the home. Still, the company lowered its financial projections for 2015, citing the challenges of the “complex product transition.” 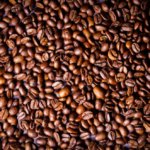